100 peace organizations and no peace

A few weeks ago, a group of prominent Israeli professors came to see Mossi Raz, ex-Knesset member of the Meretz party and current chairperson of "Peace NGO Forum." They had an idea. "Why don't we call upon all parties and organizations from the center to the left to unite under the common idea of a two state solution to end the Israeli-Palestinian conflict?" Raz, a veteran of parliamentary and extra-parliamentary activity on the left, looked at them with sad amusement. "Where do you see a leader with enough clout to bring about that unity?" he responded. "Plus, remember: There is too much ego on the left to make it happen." This encounter was one in a long series of small scale attempts, mostly just discussions, dedicated to an effort to unite the left, which is currently split into atoms. The recent war in Gaza just intensified this tendency. More than before, the left feels it has the answers that the right wing lacks, but no strong tool to deliver it. Besides other obstacles, the split weakens the left even more. 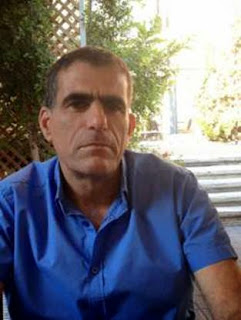 Contrary to popular belief, numbers do lie. How else would you explain the gap between the inconceivable number of peace NGOs dedicated to promote and bring peace between Israelis and Palestinians, and the complete absence of that peace? Around 100(!) different Israeli and Palestinian peace organizations are part of the "Peace NGO Forum," established in 2006 by the late head of Peres Center for Peace, Ron Pundak, and Palestinian Foreign Minister Riad al Maliki. Just to name few of them: Friendship Village, Sulha Peace Project, Leading Leaders for Peace, and so on. The total number of peace movements is even higher, since not all of them are members of the umbrella forum. Don't feel bad if most of the names on that list are unknown to you: Most Israelis have never heard of them. Most of the organizations are too small or ineffective to break the barrier of indifference, skepticism and hostility towards the "left" in Israeli society. Most of you probably recognize the name "Peace Now" - a veteran peace movement, established over 35 years ago. It gained world fame recently when Prime Minister Benjamin Netanyahu accused the organization of sabotaging his visit to the US by publishing details of a new housing project in East Jerusalem while he was trying to convince the world that all he wants is peace. So Peace Now thrives on old glory and dedication to the project, but there is something sad about a peace movement growing old with no peace. The historic achievement of seeing 400,000 people demonstrating in Tel Aviv against the first war in Lebanon in September 1982 cannot be duplicated in 2014 by Peace Now itself or any other organization.

The obvious question that follows is - if so, why don't those splinter groups unite into one - or a few - more effective body? This question is asked mainly by left-oriented Israelis, frustrated by the split and ineffectiveness of those organizations. Sometimes they lament the situation on the left and grudgingly compare it to what seems to be more cohesive unity on the right. In fact, they are right. The liberal left, all over the globe, tends to be more individualistic and opinionated than the more conservative and nationalist right wing. It's certainly true in Israel. "Every single peace organization believes they are doing a very unique thing, and that partnership with another movement will just weaken it," says Raz. "Sometimes it's the fear of joining a more radical movement while striving to reach out to the 'center,' sometimes it's about the method. There are those who believe change can be achieved by women, others believe that by winning over different sectors or by cooperation with Palestinians only. It's obviously a big stumbling block, but I honestly believe each and every one of them is doing something of great importance. The general public, obviously, does not share that sentiment. To them, we are all just 'those lefties'."

Yet Raz surprisingly refers to another divisive factor, unknown to the public. Sometime ago, Raz recollects, the ambassador of Finland to Israel asked him about the influx of small peace organizations. "Why so many?" she inquired, and got an unexpected answer: "it's your fault," replied Raz; "The European Union allocates millions of Euros to projects in Israel, but limits the contribution to individual organizations to half a million. That method, by itself, perpetuates division."

Yet based on his lifelong experience on the Left, Raz identifies a deeper problem. "We lack a method to promote change," he claims. "The right has one, we don't. That of the right, is quite simple. It basically says - 'if we bring enough settlers to live in the occupied territories, we make the creation of a Palestinian state impossible and kill the idea of a two state solution'; the left, on the other hand, says nothing. For over 11 years, since the Geneva Initiative, a permanent status agreement created by former Minister Yossi Beilin and former Palestinian Authority Minister Yasser Abed Rabbo, the left has not come up with a new idea or method."

But most of all, it's the absence of a leader recognized by all in the peace camp that harms the left. There is no leader in the parliament, and no leader in civil society. The last one recognized as such was former prime minister and head of the Labor party, Ehud Barak. The very same one who came back from the Camp David summit with Yasser Arafat in 2000 and declared: "There is no partner." Soon enough he lost the elections, but those famous last words still resonate. Yet the question if there is-or is not- a Palestinian partner, is up for debate. More certain is the fact that there is no leader on the left.

Lily Galili is a feature writer, analyst of Israeli society and expert on immigration from the former Soviet Union. She is the co-author of "The Million that Changed the Middle East."