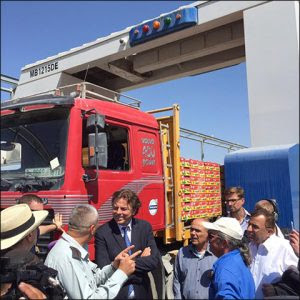 Netanyahu and Abbas agree ‘in principle’ to meet, Russia says

According to Russian media reports, the two leaders were willing to sit down for a face-to-face meeting in a bid to revive peace talks.

According to ministry spokeswoman Maria Zakharova, Moscow has heard from the offices of Abbas and Netanyahu that the two agreed to meet in the Russian capital, though it’s not clear when that will happen.

“The most important thing is to pick the right timing,” Zakharova told reporters. “Intensive contacts on this are ongoing.”

“We are convinced that there is a need to resume the negotiations, which would be a factor serving the interests in normalizing the situation,” she added, according to the TASS news agency.

There was no immediate response from the Prime Minister’s Office in Israel or officials in the PA. But a source close to the prime minister told the Walla news website that Netanyahu was willing to meet Abbas “anytime, anywhere, on the condition that there are no preconditions.”

The report came days after efforts to broker a meeting between the two became bogged down in mutual accusations that the other side was unwilling to sit down in Moscow.

The two leaders have not met in person since 2010, and peace efforts have continued to falter. Abbas has demanded Israel release Palestinians prisoners and freeze settlement building before meeting, while Netanyahu has said he is willing to meet without preconditions.

The efforts became further complicated Wednesday following an Israeli report on Soviet documents suggesting Abbas was a KGB spy in Damascus in the 1980s, during the time that Mikhail Bogdanov, today Vladimir Putin’s envoy to the Middle East, was stationed there.

The PA leader’s top political adviser said Wednesday Abbas had forgone his long-held preconditions and was planning in earnest to meet Netanyahu in Moscow this Friday, but the summit was spiked by Israel.

“There were no preconditions. That was very clear. When President [Vladimir] Putin invited the two sides, he said, ‘No preconditions.’ President Abbas approved that, and he said so very clearly yesterday when he was in Warsaw,” Majdi al-Khalidi told The Times of Israel in a phone interview.

While in Poland on Tuesday, Abbas declared he was willing to meet Netanyahu in Moscow, though he did not explicitly mention the preconditions in his statement.

However, the Palestinian leader added, Netanyahu’s representative sought to delay the Moscow meeting, which would have taken place September 9, to a later date.

An Interfax report Monday claiming the two had agreed to meet was initially denied by Palestinian officials, who indicated the preconditions were still in place.

On Tuesday, Netanyahu referred to confusion over the Palestinian stance during a press conference alongside Dutch Prime Minister Mark Rutte in The Hague. 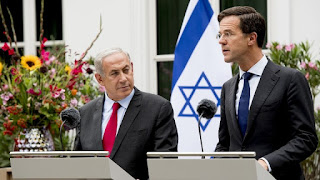 If the Palestinians had forgone their preconditions to the Moscow meeting, the Israeli prime minister seemed unaware.

“Is Abbas prepared to meet without preconditions? We hear contradictory versions on that,” said Netanyahu.

“Just yesterday Palestinian spokespeople clarified that they are prepared to meet but that they have conditions — the release of prisoners and they also want to know beforehand what will be the end result of the talks, and such like,” Netanyahu said.

Khalidi, Abbas’s adviser, said he didn’t know why the Israeli prime minister believed there were preconditions to the Moscow meeting.

“No one said there were preconditions. Many people in Israel and Palestine speak in general. But after what the president said, why do we have to listen to people from this side or that side. We have only one agency that is official, Wafa. We have one official spokesperson, Nabil Abu Rudeineh,” Khalidi said.

The Prime Minister’s Office voiced skepticism of the statements.

“If the Palestinian leadership can say with one voice that they are willing to meet without preconditions, then Prime Minister Netanyahu will meet President Abbas,” Netanyahu’s spokesperson David Keyes told The Times of Israel Wednesday.

On Tuesday night, Abu Rudeineh, the official Abbas spokesperson, said Netanyahu “had once again shown a lack of seriousness in searching for a just peace based on the two-state solution.”

The idea of direct talks in Moscow was first floated by Egyptian President Abdel-Fattah el-Sissi in August, when he said that Russian President Vladimir Putin was willing to play host.

Peace efforts have been at a standstill since a US-led initiative collapsed in April 2014.

The last substantial public meeting between Abbas and Netanyahu is thought to have been held in 2010, at the tail end of a 10-month settlement building moratorium, though there have been unconfirmed reports of secret meetings since then.

Raphael Ahren and Dov Lieber contributed to this report.

Affirms that the fulfillment of Charter principles requires the establishment of a just and lasting peace in the Middle East which should include the application of both the following principles:
Withdrawal of Israeli armed forces from territories occupied in the recent conflict;
Termination of all claims or states of belligerency and respect for and acknowledgement of the sovereignty, territorial integrity and political independence of every State in the area and their right to live in peace within secure and recognized boundaries free from threats or acts of force;

Resolves that the refugees wishing to return to their homes and live at peace with their neighbours should be permitted to do so at the earliest practicable date, and that compensation should be paid for the property of those choosing not to return and for loss of or damage to property which, under principles of international law or in equity, should be made good by the Governments or authorities responsible;

“the right of the Arab refugees to return to their homes in Jewish-controlled territory at the earliest possible date… and their repatriation, resettlement and economic and social rehabilitation, and payment of adequate compensation for the property of those choosing not to return…”
(Progress Report of the United Nations Mediator on Palestine, UN Doc. A/648 (18 September, 1948)