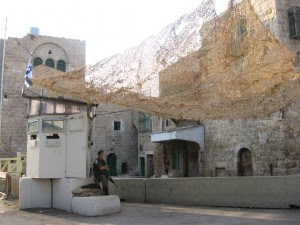 The IDF launched an investigation into the shooting immediately after the video emerged, and a day later the army prosecutor said he was considering murder charges against the soldier.

On Tuesday, judges extended the suspect’s remand for a second time to allow the Military Police more time to complete their investigation.

Netanyahu and Defense Minister Moshe Ya’alon issued statements condemning the soldier’s behavior as a violation of the IDF’s ethical code.

The downgraded charge likely indicates the prosecution believes it would have difficulty proving the act was premeditated.

Ya’alon noted that the brigade commander called for a criminal investigation of the incident “before the video [of the shooting] was published. Since then, there has been a Military Police investigation. It is important to state that this is how the IDF chief and the defense minister and the prime minister immediately viewed the incident. We are not like the other side.”

Bus bomb survivor: I looked for my daughter, found her ‘all burned’

‘In a month, she’ll be 16, and now she’s sedated and on a respirator,’ says Racheli Dadon after Jerusalem terror attack that injures 21 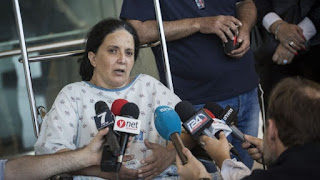 Rachel Dadon speaks with the press at Hadassah Ein Karem hospital where she and her daughter are hospitalized after being injured in the bus bombing that took place in Jerusalem, on April 19, 2016. Rachel was moderately injured and her daughter is in critical condition. (Hadas Parush/Flash90)

A survivor of the Jerusalem bus bombing on Monday night recalled from her hospital bed how she searched for her teenage daughter in the immediate aftermath of the terror attack and found her “all burned.”

Racheli Dadon, a resident of Jerusalem, was on the No. 12 bus with her 15-year-old daughter Eden on Monday afternoon when it exploded, injuring 21 people.

Two people were seriously hurt, including one in critical condition, and six were moderately injured, police and paramedics said. There was no immediate claim of responsibility for the blast by any terrorist groups or individuals.

“Everything was dark and smoky, I looked for my daughter and she was all burned,” Dadon told the Ynet news website. “After the explosion I collapsed. Her face was all black, you couldn’t see her.” 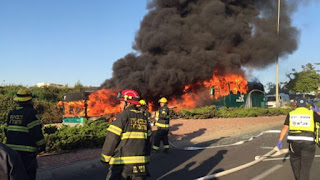 Dadon said she was told to lie down and subsequently heard a second blast. “My daughter couldn’t get out [herself], so they took her out,” she said.

Eden Dadon was in moderate-to-serious condition after the attack, according to the Ynet report. “In a month, she’ll be 16, and now she’s sedated and on a respirator. I pray she gets out of this,” Dadon said.

Or Bondy was aboard the No. 12 bus on Moshe Baram Road near Hebron Road when it blew up. He had just sent his father, Tzadok, a text saying “What’s up, dad?”

The newly married 25-year-old, who was on his way home after a day at work, received burns on his face, arms and legs. Two hours later, Or Bondy was entering a CT machine barely able to talk.

The bombing was a stark reminder of an attack method commonly used during last decade’s Second Intifada, but which has since become rare as so-called lone-wolf attackers have assaulted Israelis with knives, guns and cars.

The bus exploded as it was passing near the Talpiot neighborhood in the southern end of the capital carrying a number of passengers at around 5:45 p.m., police said. The blast set a car and a second empty bus on fire, injuring several more people.

Moshe Levi, the bus driver, told Hebrew media Monday night that he did not notice anyone suspicious on his bus, and had carried out two security checks shortly before the blast. When the bus exploded, he opened the doors and ran outside, calling out to the drivers in the area to alert the police, Levi said.

The terror attack broke weeks of relative calm in the city after a six-month wave of Palestinian terror and violence seemed to be subsiding, and marked a return to a type of violence not seen in Jerusalem for years.

Jerusalem police chief Yoram Halevy told media the blast was caused by an explosive device placed on the bus, but police did not know if the bomber was on the bus at the time of the blast.

“When a bomb explodes on a bus, it is a terror attack,” Halevy said, confirming that the bombing had been a terrorist action.

Police were investigating whether one of the people seriously injured in the explosion was in fact the terrorist responsible. However, the identity of the burned victim had not yet been confirmed, a spokesperson said.

Terror groups Hamas, Palestinian Islamic Jihad “welcomed” the bombing as did the Popular Resistance Committees, but did not claim responsibility.