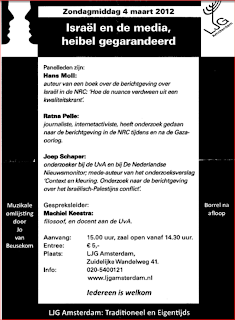 
Everyone in Israel must be forced to do military service

Civilian national service must be stopped, and everyone must be forced to do military service. That is also the only way to achieve equality and to make Israeli society healthy.

Prime Minister Benjamin Netanyahu is mistaken. Defense Minister Ehud Barak is mistaken. Opposition leader Tzipi Livni is mistaken. And even Yair Lapid (the television personality now planning his own political party) is mistaken. They want to be nice, and have therefore affably proposed a futile solution to the evasion of military service by the ultra-Orthodox - either to join the Israel Defense Forces, or to do national (nonmilitary ) service. As if these are two equal assignments. As if they don't know that national service is nothing but a kind of evasion.

After all, it is impossible to compare someone who enlists for three difficult years - and has a good chance of serving in the Golani Brigade and endangering his body and risking his life - with someone who plays a game of "make belief" for one year, for a few hours a day, with vacations, religious holidays and rights, without being supervised or controlled, in an activity that is not really essential.

If we had real leaders, they would stop trying to pull the wool over our eyes and tell us the truth to our faces - that everyone has to serve in the army. With no exceptions. It is no longer possible to continue with the Haredi cowardice and evasion. It is not possible to continue with a situation in which only Haredi mothers are able to sleep well at night. Or, as Supreme Court Justice Elyakim Rubinstein said this week: "From a civilian and moral point of view, I am deeply and profoundly perplexed why all of the public does not have to participate in being exposed to sacrifice. This echoes the words of Moses: 'Will your brothers go to war while you sit here?'"

The answer to Rubinstein (and to Netanyahu, Barak, Livni and Lapid ) is clear. The ultra-Orthodox activists know it well. The Haredi public also understands. They know that Haredi activists deliver the most important goods to them - their lives. They know that military funerals never leave from Bnei Brak, that there are no Haredi wounded in Sheba Medical Center, Tel Hashomer, and no shell-shocked men in Ramat Beit Shemesh. From their point of view, let the secular donkey and the religious fool continue to sacrifice their lives in order to protect those who are better than others, the yeshiva students.

The entire idea of national service was born in sin five years ago, when the government, under Ehud Olmert, decided to extend the Tal Law [granting Haredi exemptions from the draft] by five years as Olmert tried to lessen the public pressure on him somewhat. It is a bad idea from every point of view.

First, an "administration" was set up with a director general and officials, and an expensive and unnecessary mechanism - accepted practice in the civil service. Then it was decided to pay the "volunteers" a higher wage than the soldiers serving in the army, because the volunteer is apparently more important than the soldier. And to ensure that the volunteer would feel really good, he was given all the rights of a demobilized soldier, including a grant on his release (from what? ) and tax benefits.

The volunteers themselves are employed by various NGOs, some of them Haredi, and no one is able to check to where the money really goes. After all, even income tax investigators are afraid of going into [the Haredi Jerusalem neighborhood of] Mea She'arim or Bnei Brak. Only a short while ago, we heard of fictitious yeshivas which register students who do not exist at all, and about Haredi youths who do "national service" inside the yeshivas themselves, as a form of "apprenticeship." When will the politicians reach the conclusion that the whole setup of this "national service" is merely a means of transferring additional billions to the Haredim?

There are also some naive people among us who dream that national service volunteers will work in hospitals, Magen David Adom or the firefighting services, thus helping the weak and save lives. Oh, what blessed naivety! They don't understand that what is needed in such places is professionals and not someone who will only get in the way. They also don't understand that this is a "gift that eats," since the volunteers cost more than their help is worth.

If there are some who take their work seriously, that is the biggest problem of all, because they will bring about the dismissal of regular workers who will no longer be needed.

Civilian national service must be stopped, and everyone must be forced to do military service. It is written, after all, in the Mishna that everyone must participate in a compulsory war ["milhemet mitzva"], "even a bridegroom from his room and a bride from under the wedding canopy." That is also the only way to achieve equality and to make Israeli society healthy. But that will only happen when all the Haredim enlist in the army and military funerals also leave from Bnei Brak and Mea She'arim.

When is Saudi Apartheid Week? (poster) 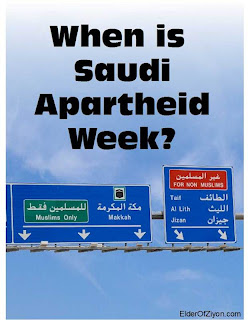 In Syria, the Assad regime continues to rain artillery on rebel positions in the city of Homs, killing journalists and innocent civilians alike. Iran's mullahs are set to execute a Canadian citizen for the crime of operating a web site they don't like. The new Libyan regime is torturing Gaddafi loyalists. And Egypt's rulers are prosecuting NGO leaders on trumped-up charges. And so next week, Canadian left-wing activists will congregate in Toronto to express their hatred of … you guessed it: Israel.

The events of March 5-9 will take place as part of the 8th annual Israel Apartheid Week (IAW), and will feature presentations such as "Cutting the Ties to Israeli Apartheid: Cultural and Academic Boycott," and "Rhymes Of Resistance And The Sounds Of Existence — with poets Remi Kanazi, Red Slam and Chand-nee." The IAW website is full of the usual rhetoric about Israel's "criminal" actions. There is not a word of acknowledgement about how utterly ridiculous it is to run a week-long event vilifying Israel when right next door in Syria, the government has just exterminated more Arabs than were killed in both Intifidas, the 2008 Gaza conflict, and the 2006 Lebanon war combined.

The timing of IAW this year truly does represent something of a farce. The eyes of the entire world are focused on Syria and the Strait of Hormuz. Even West Bank Palestinians themselves now seem more concerned with building up their economy than with grand international gestures aimed at the Jewish state. And in the "occupied" Golan Heights, Druze Muslims have been stirring — not against Israel, but against the Assad regime that many once looked to for "liberation." In the streets of Cairo, Sana'a and Tunis, no one is talking about Israel — only about when they will get the democracy they were promised. Only among cultish, single-minded anti-Israel activists has the news of the Arab Spring failed to circulate.

The word "cultish" is used here advisedly — because even some veteran anti-Israel activists are getting tired of the false mantras that circulate at IAW events. This includes no less an anti-Zionist than Norman Finkelstein (who has called Israel a "vandal state" that "relentlessly and brutally and inhumanly keeps these vicious, murderous wars"). Speaking to an interviewer earlier this month, he attacked the animating philosophy behind IAW — the movement for boycotts, divestment and sanctions against Israel (BDS) — as a "cult," and an unsuccessful one at that.

National Post editorial writers have attended BDS events here in Toronto, and they all contain the same rousing assurances that the BDS movement will bring Israel to its knees. The self-consciously enforced spirit of viva la revolución solidarity that permeates these rallies reminds one of communist rallies in the days before the fall of the Berlin Wall. Year after year, we hear the same clichés about how the BDS movement is on the cusp of victory. Yet the Israeli economy continues to prosper, and the only groups that have fallen into line with the boycott call are scattered NGOs and low-tier universities. "All [the BDS] claims about 'victories' [against Israel]: These 10 fingers more than suffice to count their victories," Mr. Finkelstein said this month. "It's a cult. The guru says: 'We have all these victories,' and everyone nods their head."

Of greater concern to Mr. Finkelstein, a former university professor and the author of many controversial books, is the sheer dishonesty that permeates the BDS movement.

"We have to be honest: They [BDS activists] don't want Israel. They think they're being clever. They call it their three tiers. 'We want to end of the occupation,' 'We want the right of return [for Palestinian refugees],' 'And we want equal rights for Arab citizens.' But they know the result of implementing all three is — what? You and I both know: There's no Israel. [If you ask them about it, they say] 'Oh we're agnostic about Israel.' No. You're not agnostic. You don't want it [to exist]."

In fairness to the IAW activists who will be assembling on campuses in coming days, not all of them seek the outright destruction of Israel — though many certainly do. Some are merely naive undergraduates who truly do believe in two secure, peaceful states living side by side. Others are bored veterans of other activist movements, such as anti-racism and gay rights, looking to the Middle East to recapture the sense of moral purpose once provided by the (successful) fight against discrimination here in Canada.

But all of them should understand that IAW and BDS are not what they seem: As some of Israel's own fiercest critics themselves now admit, these are dishonest cults meant to enlist ill-informed activists in a campaign to destroy the Jewish state.

— Jonathan Kay is Managing Editor for Comment at the National Post, and a fellow of the Foundation for Defense of Democracies. 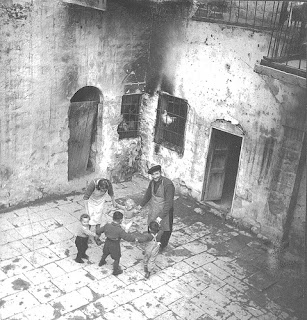 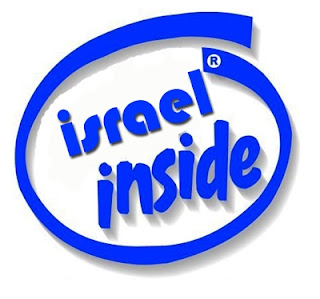 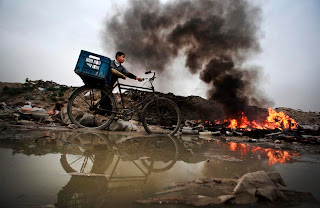