At least 230 olive trees were uprooted his weekend in Kfar Adumim, a comunity in the northern Judean Desert.

This morning, Boaz Ido, plantation owner, discovered the damage. This is part of a series of vandalism there that has taken place there.

Boaz told the news 0404: "Devastating damage, especially painful. Last three weeks there has been an increase in acts of vandalism here. The Bedouins living in illegal outposts in the area are doing this.

Once they cut the fence, another time they broke a solar panel. We once caught a suspect red-handed cutting the fence. I called the police and they arrested him, but then he was released. I complained to the police but do not help and they do what they want. "

Boas went on painfully: "The financial damage is huge. Last week they took down 50 meters of fencing ... the police told me to 'leave us alone - we are not a security company.' "

The plantation owner tells of ongoing damage, almost on a daily basis, "solar panels, irrigation system, stealing windows, stones thrown at me out of their vineyard and other incidents. I feel really helpless and there is no one who will help me. Their goal to eliminate me as a Jew here."
The truth is quite a bit different from what you can find reported in the international media, isn't it?

Palestinian armed groups, including the armed wing of Hamas, repeatedly launched unlawful attacks during the conflict killing and injuring civilians. In launching these attacks, they displayed a flagrant disregard for international humanitarian law and for the consequences of their violations on civilians in both Israel and the Gaza Strip.

Our weekly column from the humor site PreOccupied Territory. 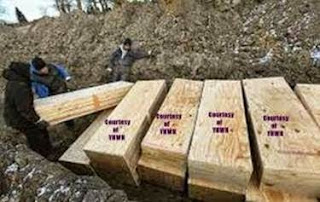 Geneva, April 1 - The United Nations Human Rights Council has appointed a commission to collect and analyze evidence that the ten plagues wrought against Egypt violated international law, and may constitute crimes against humanity.

Egypt submitted a request last month to the Council alleging that the release of the Israelite nation was secured under duress, and that the Israelite god had perpetrated mass atrocities in the process. As part of the negotiating strategy with the Pharaoh of the time, the Hebrew god YHWH repeatedly struck the nation with various calamities, disrupting life, agriculture, commerce, diet, and causing an unknown number of deaths and injuries. The request asked the Council to investigate, noting that although the events took place nearly 2,500 years ago, there is no statute of limitations on such crimes.

Specifically, the commission's mandate includes a series of ten events in the year leading up to the Israelite exodus, with the addition of a mass murder allegation charging that on the way out, YHWH disproportionately smote the entire cavalry corps of the Egyptian military. The commission will also explore the evidence of two accessories to the crimes identified as Moses and Aaron, brothers who may have participated in some or all of the alleged atrocities.

Investigators will have to sort through varying accounts of the events, but the broad outline of the narrative has been broadly accepted for some time. After encountering Egyptian resistance to his demands, YHWH dispatched Israelite brothers Moses and Aaron to threaten the Pharaoh over possession of at least 600,000 Hebrew slaves that the god wanted to acquire for himself. YHWH allegedly transformed the Nile to blood, then caused a massive frog infestation; according to some reports, vicious and venomous other reptiles also descended upon the land. The first two came with a threat, but then YHWH brought lice with no warning.

The pattern repeated when Moses threatened and brought wild beasts, animal pestilence, but initiated boils with no warning - though some reports claim swarms of gnats instead of beasts; and again, when he threatened hail and locust swarms, but caused thick darkness even in daytime with no advance warning. Finally, YHWH allegedly resorted to actual killing, when he smote all of Egypt's firstborn males.

The commission will attempt to depose Egyptians claiming to be eyewitnesses or victims, then build a coherent case for or against recommending that the International Criminal Court open a formal criminal investigation. However, several important hurdles may impede its work, chief among them an apparent paucity of survivors to interview, leaving only documentary evidence of disputed veracity. Such problems have not hampered other UNHRC commissions in the Middle East, since they often amount to a technicality in the foregone conclusion envisioned by the report authors, but if a bona fide criminal case by the ICC is the goal, and not mere political posturing, then rules of evidence may eliminate the vast majority of universally accepted credible sources.

The Council has already appointed Canadian professor William Schabas to head the commission, citing his experience with similar inquiries.

The Mufti of the Palestinian Authority Sheikh Muhammad Hussein, appointed in 2006 by PA Chairman Mahmoud Abbas to the position of most senior religious leader in the PA, told a conference of "Muslim scholars and delegations from over 46 countries" that Israel must be destroyed in the name of Islam:

"The land of Palestine is waqf (i.e., inalienable religious endowment in Islamic law). It must not be relinquished nor must any part of it be sold... It is the duty of the leaders of the [Islamic] nation and its peoples to liberate Palestine and Jerusalem."

This statement - that according to Islamic law "Palestine is waqf... and must not be relinquished," but should be "liberated" - imposes prohibitions and obligations on all Muslims. First, according to the PA religious leader, all Muslims are prohibited from recognizing Israel's existence or signing a genuine and permanent peace treaty with Israel that "relinquishes any part" of "Palestine," meaning all of Israel. Second, he told the world's Muslim delegations that they and all Muslims have a religious obligation to "liberate Palestine" - meaning to destroy Israel.

Palestinian Media Watch recently reported that a similar statement was made by Mahmoud Abbas' Advisor on Religious and Islamic Affairs Mahmoud Al-Habbash, the second most important religious leader in the PA:

"The entire land of Palestine (i.e., includes all of Israel) is waqf (i.e., an inalienable religious endowment in Islamic law) and is blessed land... It is prohibited to sell, bestow ownership or facilitate the occupation of even a millimeter of it."

The PA is increasingly adopting Hamas' ideology prohibiting recognition of Israel and demanding its destruction, not only in the name of Palestinian nationalism, but in the name of Islam. The language used by both the Mufti and Abbas' advisor is almost identical to the language in Hamas' charter:

Abbas' advisor Al-Habbash recently stated explicitly that "Palestine's" destiny is to replace all of Israel through a combination of diplomacy and violence:

"All of this land will return to us, all our occupied land, all our rights in Palestine - our state, our people's heritage, our ancestors' legacy - all of it will return to us even if it takes time. Patience is the key to victory, and we are patient. In terms of resistance, all options are on the table, and in terms of diplomacy as well."

Other PA religious officials are following these two leaders and increasing Islam-based hate speech and Antisemitism. Imad Hamato, the host of a PA TV program teaching Islam and a professor of Quranic Studies, taught in February that Allah Himself determined that Jews are causing "corruption" in the land, and that humanity therefore "will never live in comfort" because of them:

These represent only a few among many recent examples of the PA's adoption of radical Islamist ideology as its world view. At a Fatah celebration in January 2012, the Mufti cited an Islamic source that Muslims are destined to exterminate all Jews, and that Fatah's battle today against the Jews of Israel is part of that war of extermination:

"47 years ago the [Fatah] revolution started. Which revolution? The modern revolution of the Palestinian people's history... The reliable Hadith (tradition attributed to Muhammad), in the two reliable collections, Bukhari and Muslim, says:

'The Hour [of Resurrection] will not come until you fight the Jews. The Jew will hide behind stones or trees. Then the stones or trees will call: 'Oh Muslim, servant of Allah, there is a Jew behind me, come and kill him.' Except the Gharqad tree [which will keep silent].'
Therefore it is no wonder that you see Gharqad surrounding the [Israeli] settlements and colonies. This is Palestine, when we talk about it, from the beginning of the Jihad, with the continuation of the Jihad, with the struggle, and with the way of the Martyrs."

In spite of significant international condemnation following Palestinian Media Watch's exposure of the Mufti's speech calling for genocide of Jews, the Mufti refused to retract the statement and Mahmoud Abbas did not remove him from office.

The following is a longer translation of the PA Mufti's ruling that Islamic law prohibits making permanent peace with Israel:

"The State of Palestine participated in the discussions of the 22nd session of the conference of the International Islamic Fiqh Academy of the Organization of Islamic Cooperation (OIC) in Kuwait. Palestine was represented at the meeting by the Supreme Shari'ah Judge of Palestine and President [Mahmoud Abbas'] Advisor on Religious and Islamic Affairs Mahmoud Al-Habbash, and the [PA] Grand Mufti of Jerusalem and the Palestinian territories Sheikh Muhammad Hussein.

The meeting was held in the presence of Muslim scholars and delegations from over 46 countries... The Academy will discuss several political, economic, social and medical issues in the context of Islamic Shari'ah law... The [PA] Mufti headed a meeting under the headline 'Jerusalem: its virtues and visits to it' in which he stressed: 'The land of Palestine is waqf (inalienable religious endowment in Islamic law). It must not be relinquished nor must any part of it be sold... He clarified: 'It is the duty of the leaders of the [Islamic] nation and its peoples to liberate Palestine and Jerusalem, to prevent the Judaization in it, to support its residents and strengthen them - everyone according to his ability and to the extent possible." 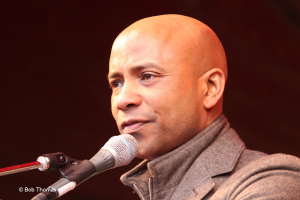 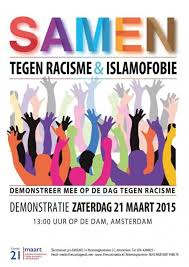