Could Israel really be barred from world soccer?

When Palestinian motion comes up for FIFA vote on May 29, it will need a three-quarters majority to pass. If it does, Israel’s teams would be banned from int’l competition 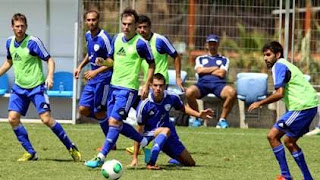 On May 29, the body that governs world soccer, FIFA, will vote on whether to suspend Israel from international play.

FIFA’s 209-member countries will vote on a motion introduced by the Palestinian Football Association, which is calling for the suspension on claims that Israel is hindering Palestinian soccer and breaking international law.

Here’s what the Palestinians want, how Israel is fighting back, and how this could all shake out.

Palestinians want freedom of movement for soccer players and to shut down settlement teams.

The Palestinian Football Association, or PFA, says Israel is blocking its players from getting to games. Israeli security forces have blocked players and coaches from traveling to international matches, and haven’t allowed players to go between the West Bank and Gaza. Susan Shalabi, director of the PFA’s international department, told JTA that six top players were prevented from traveling to a match in 2010.

Israel, Shalabi said, also is preventing the Palestinian Authority from building soccer facilities. Since 2009, she said, Israel has prevented construction materials for a soccer field from entering the Gaza Strip town of Beit Lahiya.

“The decisions to let someone in or out were arbitrary,” Shalabi told JTA on Tuesday. “There were always security reasons for the Israeli occupation to deny someone from coming.”

The PFA also claims that Israeli settlements’ soccer teams should not be allowed to play in Israel’s league, saying they are located in Palestinian territory. Five such teams compete: Maaleh Adumim, Ariel, Kiryat Arba, the Jordan Valley and Givat Zeev.

If the Palestinian motion passes, Israel would be barred from international soccer.

Soccer is Israel’s most popular sport, and though Israel qualified for a World Cup tournament only once, in 1970, Israeli soccer teams frequently travel abroad for matches. Coming amid growing economic, academic and cultural boycott efforts against Israel, expulsion from international competition in the world’s most popular sport would be a sharp blow for everyday Israelis.

Israel is pushing back by lobbying foreign governments and citing security threats.

Israel’s Foreign Ministry has been lobbying governments to oppose the motion on the grounds that it’s a political dispute unrelated to soccer.

Shlomi Barzel, the Israeli Soccer Association’s head of communications, told JTA that Israel sees the initiative as a way for Jibril Rajoub, a senior P.A. official and head of the PFA, to hurt Israel’s international standing.

“Even the biggest Israel-hater in the world understands this has a political basis,” Barzel told JTA. “It’s not relevant.”

Barzel said the Palestinians’ complaints all concerned Israel’s security forces, not its soccer teams. He claimed that only 1 percent of all Palestinian soccer players are denied travel. When Israel denies exit, he said, it’s because the player in question is known to present a security risk.

Regarding settlement teams, Barzel said that as long as Israel considers the settlements its sovereign territory, the teams will be allowed to play in Israeli leagues.

This isn’t the first time the two sides have clashed over soccer.

Palestinian sports officials have long been railing against Israeli restrictions on their teams. In 2012, the head of the Palestinian Olympic delegation voiced similar complaints to JTA about freedom of movement. Two years ago, Blatter convened a meeting of the heads of the Israeli and Palestinian soccer associations and created a task force to resolve the issue.

The talks led to a 2013 FIFA proposal mandating that the PFA notify Palestinian and Israeli authorities of player movement 35 days in advance of travel, and then be given two more weeks to change their player list. But the proposal has failed to resolve the dispute.

In 2014, Rajoub threatened to put forth a motion to suspend Israel at that year’s FIFA Congress in Sao Paolo, Brazil. But he backed off after FIFA resolved to continue working toward a resolution, appointing Cypriot soccer chief Costakis Koutsokoumnis to oversee the issue.

Shalabi said the Palestinians would withdraw the motion only if Israel meets the PFA’s demands. She said the Israel Football Association should criticize Israeli security restrictions when they interfere with Palestinian soccer.

Barzel supported Israel’s security policy, but said Israel wants to continue negotiating within FIFA’s framework. He added that Israel has repeatedly proposed a match between the Israeli and Palestinian national teams because Israel believes “soccer can connect people.”

FIFA President Sepp Blatter wants to strike a deal to prevent the vote.

Blatter has staked out a middle ground on the issue. He opposes Israel’s suspension and, like Israel, supports continuing negotiations. But he also wrote in the May 15 issue of the FIFA Weekly magazine that Israel must make concessions to the Palestinians.

“A solution is only a realistic proposition when those who are privileged are prepared to concede something and contribute to equality,” he wrote. “The onus in this respect is on Israel, with its outstanding infrastructure, fully functioning professional football league and economic context.”

Rotem Kemer, the Israeli federation’s chief executive, said Tuesday that Israel has approved more than 95 percent of the Palestinian requests this year for players to move between Gaza and the West Bank and to travel abroad. In a conference call to foreign journalists, he said the Palestinian association was holding its Israeli counterpart “hostage in a fight against our government.”

Netanyahu praised Blatter for opposing the politicization of sport. “Sport is a vehicle of goodwill among nations. The thing that could destroy the Football Association is politicizing it. You politicize it once with Israel, then you politicize it for everyone, and it will cause the deterioration of a great institution,” Netanyahu said.

But he also informed reporters that he didn’t have the power to take the issue off the FIFA agenda. Blatter said he was passing a message on from Netanyahu to the Palestinian football chiefs and it would be up to them how they responded.

“We are here in the King David (Hotel) and I feel I am a little bit in Camp David,” said Blatter. “What they do with this message it is then up to them but I will, and I will try until the FIFA congress is open — in exactly 10 days — that we can avoid such a situation,” added Blatter.

Barzel thinks Blatter’s efforts will succeed, but Shalabi said she was “pessimistic.” 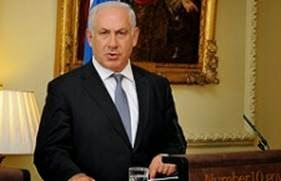 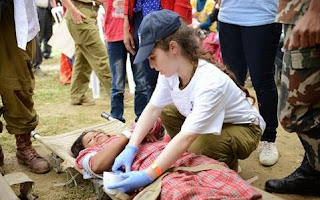 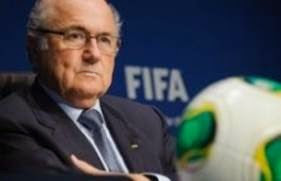 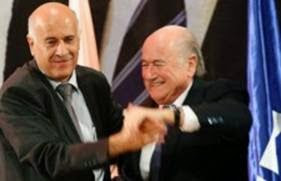