In light of the steady increase in the number of wounded Syrians Israel has been treating, the IDF has set up a "military field hospital" at army outpost 105 in the Golan Heights, AFP reported Thursday.

Israeli officials confirmed that the hospital was set up to treat injured Syrians near the border fence and avoid having to evacuate them to hospitals inside the country.

In the past month, several Syrians who were injured in the fighting between rebels and forces loyal to President BasharAssad have been treated in northern Israel hospitals. According to AFP, eight of them were repatriated and three have remained in Israel for further treatment. 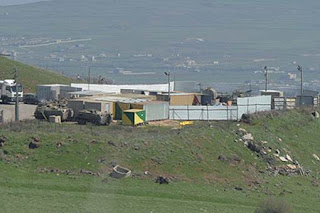 Complex to which wounded Syrians will be evacuated (Photo: Avihu Shapira)

On Wednesday a number of injured Syrians made their way to the border with Israel. Two of the Syrians, who were critically wounded, were evacuated to Israeli hospitals with the authorization of IDF Chief of Staff Lt.-Gen. Benny Gantz. 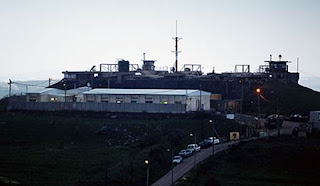 The two, who are in their 30s, were initially taken to the Ziv Medical Center in Safed, but were later transferred to a hospital in Nahariya. One of them was pronounced dead several hours after being hospitalized. The remaining Syrians, who sustained light injuries, were treated at the scene by IDF paramedics and then released.

Last week, four Syrians who were injured during a mortar attack made their way to the Israeli border. Two of them were treated at the scene and released, while the others were evacuated to the Rambam Medical Center in Haifa.

In mid-February seven injured Syrians were evacuated to the Ziv Medical Center. Six of them were released a week and a half later and returned to Syria. The seventh Syrian, who is in moderate condition, remains hospitalized at Ziv's surgical ward.