Amira Hass in Ha'aretz not only justifies Arab terror, but suggests that it be taught in Palestinian Arab schools!

Often hurling stones is borne of boredom, excessive hormones, mimicry, boastfulness and competition. But in the inner syntax of the relationship between the occupier and the occupied, stone-throwing is the adjective attached to the subject of "We've had enough of you, occupiers."

Even if it is a right and duty, various forms of steadfastness and resisting the foreign regime, as well as its rules and limitations, should be taught and developed. Limitations could include the distinction between civilians and those who carry arms, between children and those in uniform, as well as the failures and narrowness of using weapons. 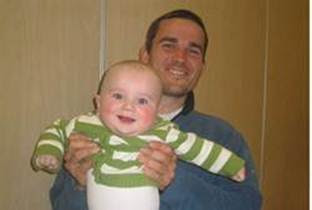 Thus, not only does this writer for Ha'aretz demonstrate support for terror, but she also is actively against the Palestinian Authority and, frankly, peace.

Not only that, but she writes this disgusting screed at the very same time that an Israeli court convicted a man
of murder - for throwing stones that caused the fatal car crash of Asher Palmer and his baby son Yonatan. 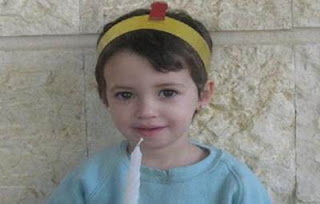 And at the very same time that Adele Biton is still fighting for her life after a rock was thrown through the windshield of her mother's car.

How is Ha'aretz' article anything less than incitement to murder?

Her own logic, sick as it is, would also allow Molotov cocktails, Katyusha rockets, and even suicide bombings, as long as they can be justified to support the "resistance." Only when they are judged counterproductive - because of the non-Ha'aretz media denouncing them as immoral - might she agree to draw a line.

Indeed, already the Palestinian Arab media has been  copying this story on their websites. Including the website of the "moderate" Fatah terror group.

Ha'aretz is actively aiding and abetting the enemy.

Luckily, at least some people are considering legal action:

The Legal Forum for the Land of Israel on Wednesday contacted Attorney General Yehuda Weinstein, asking that he launch an investigation against Haaretz writer Amira Hass on suspicion of incitement.

The request was made after Hass, an Israeli radical leftist who lives in the PA city of Ramallah, wrote in a column on Wednesday, "Throwing stones is the right and the duty of anyone living under foreign rule."

Yesha Council head Avi Ro'eh and Chairman Ron Shachner have already sent a letter to the Jerusalem Police, accusing the newspaper of incitement to violence.

Attorney Hila Cohen, writing on behalf of the Legal Forum, wrote in the letter to Weinstein that Hass's comments were serious and constitute an incitement to violence and terrorism, while encouraging murderous terrorism.

"In determining that it is the right and duty of the Palestinians...she legitimizes the violent terrorist acts, encourages them and even incites them when she calls to expand them into other areas," wrote Cohen.

The Legal Forum said that "throwing stones at Israelis should be called by its real name - an act of terrorism. Treating it any other way may cause an escalation in the phenomenon, which is supposedly justified."

It is worth noting that the real "inner syntax" of stone throwing at Jews predates "occupation" by centuries:

In former times--and in remote places even today--it was common for Muslim schoolboys to stone Jews. When the Turks conquered Yemen in 1872, an envoy was sent from the Chief Rabbi of Istanbul to inquire what grievance the Yemenite Jews had against their neighbors. It is indicative that the first thing of which they complained was this molestation by the schoolboys. But when the Turkish Governor asked an assembly of notables to stop this nuisance,there arose an old doctor of Muslim law and explained that this stone-throwing at Jews was an age-old custom (in Arabic 'Ada) and therefore it was unlawful to forbid it.

Hass probably isn't aware of this, or she would have added that it is a venerable Arab tradition that must be preserved at all costs.

I really hope that she gets arrested and deported. Amira Hass deserves no less.