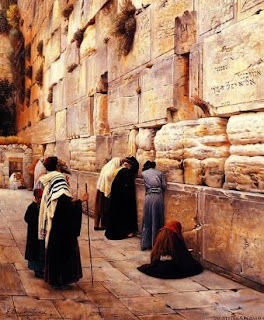 Wailing over the Palestine Papers

Whatever happened to the image of the hardboiled, cynical journalist, who believes no one and questions everything?

He may still exist, but not when it comes to the Palestinians. Take Jonathan Freedland, the usually sharp Guardian columnist. He did grudgingly concede that the trove of 1600-odd documents on the past decade's Israeli-Palestinian peace negotiations just published by the Arab Al Jazeera network and his own newspaper "may have been leaked selectively." But he then dove in, recklessly and breathlessly, as one who has just found solid gold bricks. The scoop of the century! Here was, he wrote, "proof" of "how far the Palestinians were willing to go" to make peace with Israel—and, once again, how "intransigent" the Israelis were, in private and publicly. Here was the key to understanding the absence of Israeli-Palestinian peace.

In addition to casting aside all skepticism, Freedland also displayed a very short memory (this, let it be quickly admitted, is not uniquely Freedland: It is a common journalistic shortcoming). Had he exercised memory, or looked, indeed, at his newspaper's own archive, he might have discovered that the astonishing Palestinian "concessions"—mainly, that the bulk of the new Israeli neighborhoods in north, east, and south Jerusalem, built on or across the 1967 lines, were already "conceded" to the Israelis in the Clinton "parameters"—President Bill Clinton's peace proposals—of December 2000, which the Palestinians to this day maintain were substantially accepted by the previous Palestinian leader, Yasser Arafat. Clinton had laid down the principle, in dividing Jerusalem, of Jewish neighborhoods to go to Israel and Arab areas to come under Arab sovereignty.

Similarly, Arafat had already agreed that the Jewish Quarter and the Western ("Wailing") Wall (and perhaps also the Armenian Quarter) in Jerusalem's Old City should be under Israerli sovereignty, with the Palestinians getting the Muslim and Christian quarters. Nothing new here either.

But Arafat in 2000-2001 had balked at two things—and neither, as far as I know, have been conceded by the current heads of the Palestinian Authority-PLO: sole Palestinian sovereignty over the southeastern corner of the Old City, the Temple Mount\Haram ash Sharif; and the Palestinian refugees' "Right of Return," meaning that the Palestinians still alive from the 1948 War's exodus and their children, grandchildren and great-grandchildren must be allowed to return to the areas of pre-1967 Israel.

Both subjects are crucial, one symbolically, the other concretely. Arafat, with his aides in tow, always denied that there had been Jewish temples on the Temple Mount—hence, there was no historic connection between the Jews and Jerusalem, and, by extension, between the Jews and the Land of Israel/Palestine. Only the Palestinian Arabs had an historic right to the country, all of it.

And more concretely speaking, he insisted on the refugees' "right of return" and the implementation of a return, meaning that anywhere between 4.7 million (the UN figure) and 6 million (the PLO figure) "refugees" would flood back to their former family homes and lands inside Israel. Given that Israel today has a population of 5.7 million Jews and 1.5 million Israeli-Arab citizens (who by and large call themselves "Palestinians"), a mass "refugee" return would mean the transformation of Israel, instantly, from a Jewish to an Arab state. Ergo, no Israel.

In the Palestinian-Israeli negotiations of 2008 the Palestinian leaders, one and all, were unconciliatory on the refugee issue. Only a mass return would satisfy them. (Israel until now has been tactful and diplomatic in not publishing the exact details of the 2006-2008 negotiations: Perhaps it is time that Netanyahu or his predecessor, Ehud Olmert, who conducted the negotiations, publish Israel's offer to the Palestinian Authority—which reportedly was 97 per cent of the West Bank, 100 per cent of the Gaza Strip, and half of Jerusalem (including joint control over the Temple Mount), the city to serve as the Palestinians' capital. And publish also Abbas's response—which was not to respond and not to make any counter-proposal, which amounted to a flat "no.")

The fact that Abbas and company (not to mention their Islamist rivals, Hamas) steadfastly refuse to give up the "right of return" in the negotiation with Israel (and it does not matter what one or another of them may have said at some point in internal Palestinian discussions) is the surest indication that they have no intention of making peace with Israel. (Another indication is Abbas's consistent refusal to recognize Israel as a "Jewish state.")

Let Wikileaks or Al Jazeera (or Freedland) find and publish the document showing that the Palestinian leadership has accepted the Clinton formula for solving the refugeee problem—i.e., settlement in place, in the Arab countries, in the future West Bank-Gaza Palestinian state, across the oceans in Canada, or wherever—and conveyed that acceptance to Israel, formally, officially and definitively, as well as the agreement for recognizing Israel as the Jewish state, and peace between Israel and the Palestinians would be achievable in short order.