After 2-day manhunt, police and Shin Bet apprehend 16-year-old who was hiding out in a town near the scene of the attack

A Palestinian minor suspected of stabbing and killing mother-of-six Dafna Meir at her home in the West Bank settlement of Otniel on Sunday evening was caught overnight Monday, security forces said.

The suspect was arrested following “extensive operational and intelligence efforts” on the part of the IDF and the Shin Bet security service in a village near Otniel, where he was hiding out, and was taken in for interrogation, the IDF said Tuesday morning.

He was named as Morad Bader Abdullah Adais, 16.

Adais is suspected of entering Meir’s home and killing her before fleeing the scene. Three of Meir’s six children were home when she was killed, and one, 17-year-old Renana, gave security forces a description of the terrorist.

Police officers and IDF soldiers set up roadblocks in the area surrounding the settlement after the attack as they launched a manhunt for the stabber, who was believed to have escaped to a nearby village on foot. 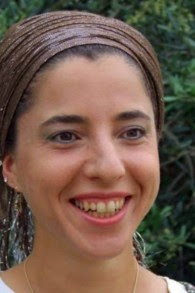 Dafna Meir, who was killed in an attack in her Otniel home on January 17, 2016. (screen capture)

He was arrested by soldiers from the elite Duvdevan unit in the village of Beit Amra, some three kilometers (1.8 miles) from the scene of the attack. Residents of the village where Adais was hiding out apprised security forces of his presence there, allowing the arrest to proceed without resistance, Channel 10 reported.

According to reports Tuesday morning, Adais did not possess a permit allowing him to work in Otniel, despite early assessments to the contrary. He reportedly confessed to carrying out the attack.

Adais’s father said on Tuesday that he was “proud” of his son for carrying out the attack, the news site Walla quoted him as telling Palestinian media outlets. He also said that the soldiers who arrested his son interrogated all members of the family. 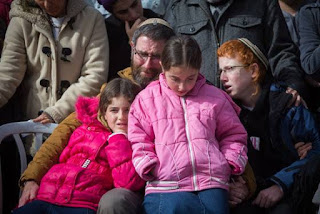 The family of Dafna Meir at her funeral in Jerusalem on January 18, 2106. Meir was stabbed to death at the entrance to her home in the settlement of Otniel on January 17. (Yonatan Sindel/Flash90)

The attack that killed Meir sparked fears of copycat incidents, and indeed, a day later, an Israeli woman was stabbed by a Palestinian man in the West Bank settlement of Tekoa, just south of Jerusalem. The woman, 30-year-old, Michal Froman was moderately wounded. Her attacker was shot and apprehended.