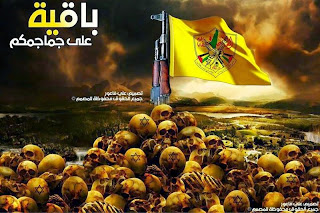 The text is "We remain on your skulls." I am told that the first word, "baqiya," is often associated with ISIS.

This reminds me of a political cartoon published in Syria during the Six Day War, entitled "The Barricades of Tel Aviv:" 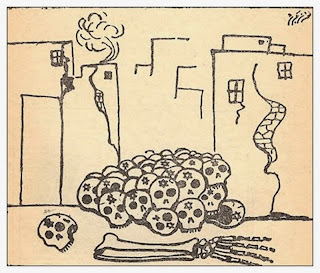 I've seen some people argue that the Fateh Facebook page isn't "official." I have no way of knowing who posts to the page, but I can tell you one thing: not a single fan of that Facebook page, out of 130,000 "Likes," objected to this image, nor to the many other equally militaristic images on the site.

There was another interesting picture posted there, as a bit of nostalgia. Since tomorrow is the 50th anniversary of Fatah's first terror attack, someone dug up a poster celebrating the fifth anniversary: 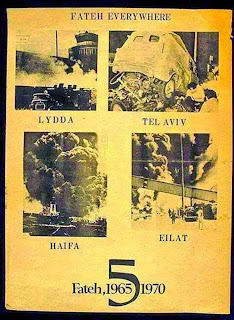 Then, everyone knew that "occupation" wasn't the issue - Jews having their own country was the issue. And that is just as obvious looking at this latest poster, even if the entire West chooses to be blind on that topic.

Finding offensive pictures like these are not proof that the entire society approves of violence. You can find equally offensive graphics that are racist and anti-Muslim.

But the complete lack of pushback for these images - the almost total lack of Arabs complaining that these are offensive and disgusting - does reveal a lot about Arab society in general and Palestinian Arab society in particular.

Fatah claims that "skull" image was not done by them. OK, how about these?

The political faction of Palestinian Authority President Mahmoud Abbas distanced itself from an image of skulls adorned with Jewish stars posted on its official Facebook page.

The image, posted Wednesday on the Fatah Facebook page, also displays a rifle, the Fatah flag and the words “lingering on your skulls.” It was posted on the occasion of Fatah’s 50th anniversary.

A spokesman for Fatah told CNN on Friday that the group was not responsible for the image.

“Fatah did not design this image,” Mahmoud al-Aloul said, who added that the person who posted it “is currently being asked to remove it. The image and the text do not reflect the opinions of Fatah.”

The image was removed after al-Aloul’s comments were made to CNN.

OK, then lets see what else is posted on the official Fatah Facebook page. 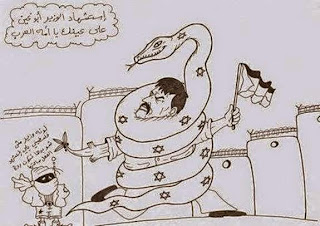 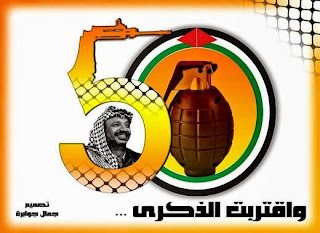 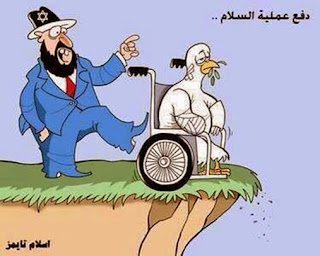 November 19 (Fatah claims they are against rocket attacks):: 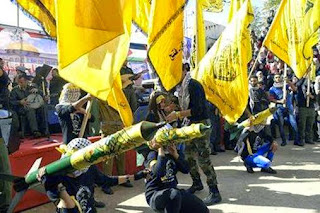 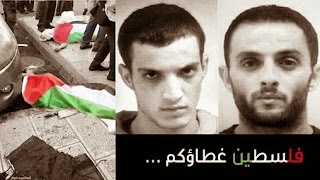 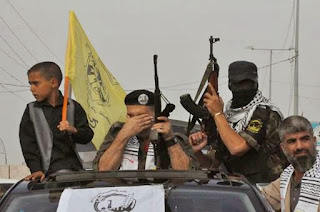 August 2, one of the Fatah terrorists killed in Gaza when Fatah supposedly doesn't support violence anymore: 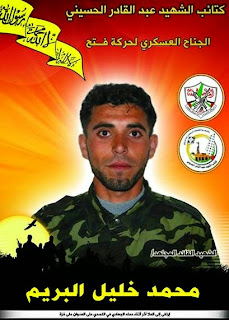 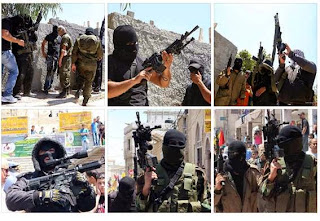 There are hundreds of photos that celebrate terror attacks, that say that Israel shouldn't exist, that glorify terror, that incite violence, that incite antisemitism.

Are these the official Fatah position? (Of course they are.) Will CNN ask them about that? (Of course not, they don't have piles of skulls so they are acceptable discourse for Israel's "peace partner.")