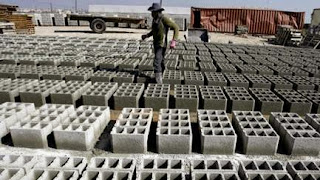 A Palestinian laborer works at a cement factory in Rafah in the southern Gaza Strip on February 10, 2014 [photo credit: Abed Rahim Khatib/Flash90)

Hamas is opposed to UN involvement in the reconstruction of the Gaza Strip following Operation Protective Edge and has requested that the Palestinian unity government, rather than the international organization, carry out building projects, a Hamas official said late Sunday night.

“A number of officials have claimed that Abu Marzouk agreed to the plan, which is a bald-faced lie, so I say the following: during the indirect negotiations in Cairo we rejected the UN as a recognized party to construction,” Abu Marzouk wrote on his Facebook page, referring to the Egyptian-mediated ceasefire talks between Israel and Hamas in August. “Everyone insisted that the Palestinian Authority, through the national unity government, is to be responsible for construction.”

“The international envoy’s plan was never presented to us,” he added. 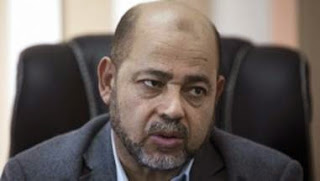 Donor states have pledged $5.4 billion on October 12 for the reconstruction of Gaza and to boost the budget of the Palestinian government. According to a fact sheet published by Serry’s office, the Palestinian government is responsible for the repair of damaged homes as well as large-scale private and public sector projects. The UN will continue building schools, clinics and “supporting the provision of basic utilities” as it did prior to the Israeli operation. All construction materials needed are to be registered by the Palestinian ministry of civil affairs and approved by Israel.

Palestinian officials have informed The Times of Israel that the UN has nearly completed its oversight mechanism for materials entering the Gaza Strip. The mechanism will employ hundreds of local and foreign workers, and will allow the UN to hire overseas companies to help in the supervision. The PA, for its part, has compiled a list of dozens of Gaza contractors authorized to receive the materials. Cameras have been installed in their business to closely monitor all transactions.

“If implemented in good faith, this mechanism represents an important step towards the objective of lifting all remaining closures, and a signal of hope to the people of Gaza,” the UN document stated.

But given Hamas’s opposition to the entire UN involvement, good faith seems unlikely.

Serry’s office was not available for comment at time of publication.

Israel on Sunday closed the two border crossings into Gaza, including Kerem Shalom, through which construction materials entered the Strip, in response to rocket fire from the territory into Israel on Friday.

Avi Issacharoff contributed to this report.