UN Confirmed No Patients in Terror-Hospital that IAF Bombed

The Al-Wafa hospital located near Shajuayia in Gaza City was a Hamas military compound. 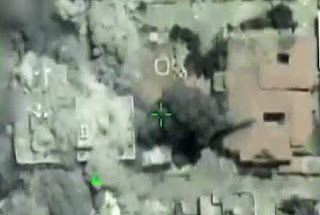 Israel Air Force bombed a Hamas terrorist command center based in a hospital. The UN confirmed the hospital was evacuated before the raid.

"The Al-Wafa hospital housed a Hamas command and control center and was utilized to direct and supervise the ongoing battles in the area. Among the hospital grounds, there was a lookout post, used to gather intelligence and monitor IDF forces activities in order to carry out attacks, and there were several access shafts to​ ​the Hamas tunnel network from within the hospital," IDF spokesmen said.

The hospital was evacuated from patients and staff and continued to be occupied by Hamas gunmen who continued to fire at the IDF forces.

The footage below shows secondary explosions, indicating an extensive amount of weaponry was stored.

Hamas told foreign media that civilians were killed in the bombing raid. 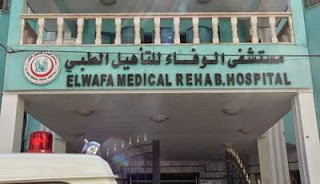 This morning, the IDF destroyed the Wafa Hospital - the same hospital that international "human shields" were defending last week because they thought that the IDF had no reason to attack it.

The IDF has been repeatedly contacting the hospital administrators since last week insisting, and ensuring, that it be evacuated because of intelligence that indicated terror activity.

Ken Roth of Human Rights Watch tweeted that four injured people were left inside when Israel shelled it after a final warning last week. He lied. One of the anti-Israel "internationals" confirmed that the hospital was empty, but HRW's care about the truth was not as important as its anti-Israel agenda.

Even though it was widely reported that the IDF destroyed the hospital last week, this video shows not only that it was still standing, but that the IDF checked as thoroughly as it could that there were still no patients inside as troops came under fire from the hospital.

Hamas has used positions in the Al-Wafa Hospital in Gaza to fire automatic weapons and anti-tank missiles on soldiers, and the IDF fired back in recent minutes, the army said Wednesday.

"The hospital was used for activating war rooms and command and control centers by Hamas and Palestinian Islamic Jihad," the army said.

The IDF Coordinator of Government Activities in the Territories has issued repeated and direct warnings to the hospital's manager, and to other Palestinians involved in running the hospital, the army said.

"Firing on our soldiers has grown in recent hours and endangered forces. As a result, the IDF has decided to strike terrorists operating in the hospital complex," it added.

And when the complex was destroyed, secondary explosions are clear. There were explosives inside the hospital.

In no way, shape or form can what the IDF did here be considered a "war crime." It was a military target, they went out of their way to ensure that it was empty of innocent civilians, and their intelligence about it being a place where Hamas was hiding weapons was accurate.

The only war crime was from Hamas - but the UN is silent about that.