The alleged Israeli strike in Damascus on Sunday morning drew mixed responses from the Syrian opposition, some congratulating the attack on the military facilities of President Bashar Assad's regime, others worried the affiliation of Israel with the rebellion will tarnish its name.

Some accused the Arab states of duplicity. A Facebook page affiliated with the Aleppo opposition posted: "The Egyptian President's Office condemns the Israeli attack in Syria… Did you hear any condemnation from it for the Banias massacre?" 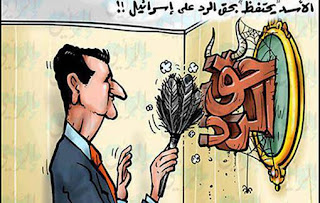 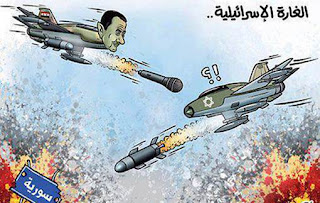 Even some in the mainstream Arab media expressed the feelings of many Arabs and Syrians that Israel's alleged strike did more for Syrians than the rest of the world had.

In an interview for the Lebanese Almayadeen TV channel, affiliated with Hezbollah and Assad's regime, prominent opposition member Kamal al-Labwani said that most of the Syrian people are gladdened by the alleged Israeli attack.

"The Israeli aggression hit ammunition dumps, long range missiles and the headquarters of the army's fourth division, which hurt the people," he said.

But al-Labwani added that many Syrians are conflicted between their happiness with the attack's benefit to the rebellion and their objection to its source. 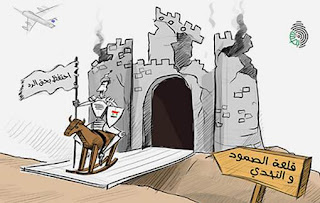 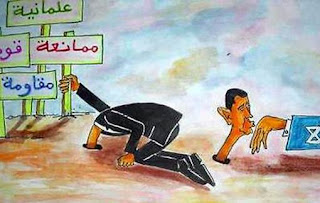 "I'm for the resistance (the Arab name for the armed struggle against Israel) and want it to win, but I'm confused," he admitted.

He added: "Only Iran loyalists object to the Israeli attack and condemn it, since they're afraid for Iran's allies such as Hezbollah and Assad, not because they hate Israel." 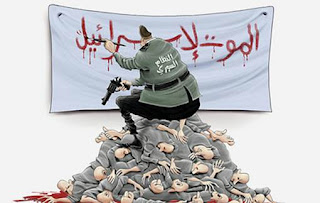 "Regardless of the Egyptian and Iranian condemnation for the attack, it's possible to say without a doubt the Syrian people are glad to see how Assad's forces and weapons are bombed no matter what Israel's reasons and aims are.

"The Syrians will be even gladder if Turkey would actually respond to Assad's forces' breach of its airspace and ground sovereignty instead of sufficing with a condemnation," he added.

"What happened yesterday is score settling between partners (Assad and Israel), no more and no less."

The same page also mocked the Syrian regime's belligerent statements following the attack as an example of its inaction facing a breach of its sovereignty.

On the social networks, some even accused Israel of deliberately attempting to hurt the opposition: "Israel destroyed the weapons so they wouldn't fall into the rebels' hands when they realized the revolution will win," one posted on a different opposition Facebook page.

"This is their latest attempt to make their accomplice, Bashar Assad, look good," the user charged.

Expressing similar views, Asharq Alawsat's editor Tareq al-Hamid accused Israel of ensuring the rebels will not gain advanced weapons: "Everyone is hurrying to clean the scene of the crime from weapons before they fall in the hands of the Free SyriaArmy.

"Israel wants to ensure the rebels won't get the weapons if Assad falls and open a front against it," he wrote.

Meanwhile, newspapers supportive of Assad claimed the alleged Israeli attack is an attempt at bringing about a regional war.

"Israel's criminal and aggressive hand knows it's playing with fire and that its spreading will light endless flames," the Syrian state newspaper a-Thura wrote Monday morning.

The Alquds Alarabi, published in London, released an opinion piece calling for an immediate military response to "Israel's aggression:"

"If Israel's missile attacks against Syria aren't a declaration of war, gross aggression and a despicable opportunistic violation of the sovereignty of a state undergoing a civil war, what is?" wrote Assad supporter Abdel Bari Atwan.

According to him, "we're on the threshold of a destructive regional war. If it breaks, then Israel and its supporters and the Arab states will bear full responsibility, since Israel is the one who started this aggression and prompted a Syrian or Iranian response.

Atwan urged Syria to retaliate: "If it doesn't respond, it will lose its honor, everyone who stands with it and all its morals."