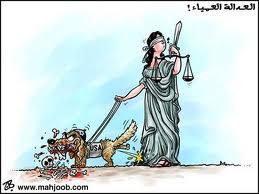 Not only did he come clean, he issued a bizarre quasi-apology as well – but more on that in a second.

The controversy began when Richard Falk, the UN envoy for human rights in the Palestinian territories, posted a cartoon of a yarmulke-wearing dog chewing on a bloody skeleton and urinating on Lady Justice on his personal blog last month.

After he was confronted about the cartoon’s anti-Semitic connotations, he initially denied posting it. “It is a complete lie,” he reportedly wrote on his blog. “I know nothing about such a cartoon, and would never publish such a thing, ever.” A few minutes later, Falk backtracked, removing the post from his blog and explaining he “didn’t realize that it could be viewed as anti-Semitic, and still do not realize.”

And now Falk has finally issued an “apology,” clarifying that he opposes any denigration of individuals “based on ethnicity, race, religion, stage of development.”

“My intention has never been to demean in any way Jews as a people despite my strong criticisms of Israeli policies, and some versions of Zionist support,” said Falk.

His statement then incongruously launches into a lecture on respecting animals, saying, “If we are to have a sustainable human future we must also make peace with nature, and treat animals with as much respect as possible. This is both a sacred imperative of my idea of a spiritual life, but also an integral aspect of species survival on an increasingly crowded, overheated, and endangered planet.”

Is Falk also apologizing to animal rights activists who might have been offended by the cartoon’s portrayal of a dog as a Jew?

The group UN Watch also found this message inappropriate, writing, “Falk here appears not only to be equating animals with human beings, but to be apologizing for his cartoon’s insult to Jews as well as dogs.”

But honestly, even the most heartfelt apology from Falk wouldn’t change the fact the guy has to go. He’s been a problem for the UN for too long. Earlier this year, US Ambassador Susan Rice called for Falk’s resignation after he was accused of supporting the 9/11 “Truther” movement. This latest cartoon controversy seems to fit a pattern of extremely poor judgment and embarrassing mishaps.

For what it’s worth, the Anti-Defamation League is asking the UN to publicly condemn Falk, but the group doesn’t seem to be going as far as UN Watch, which is now calling for Falk’s dismissal.