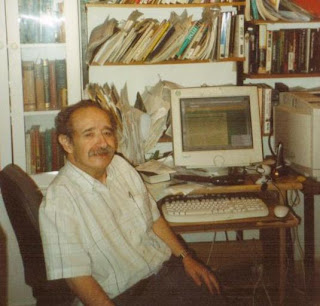 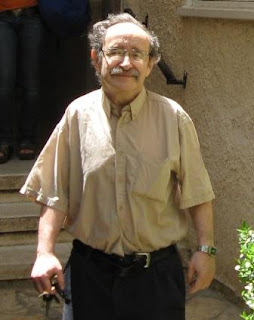 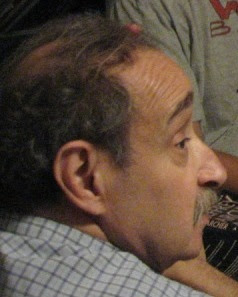 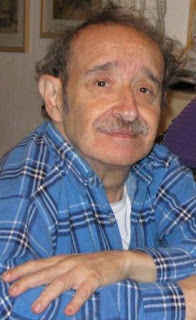 Last week I received the devastating news that Ami Isseroff had passed away.

Two years ago, when I first decided to become involved in blogging and trying to learn more about Zionism, the Middle-East and Israel, I joined an online Zionist group set up by Ami.

I had just written an article in praise of one of his articles in the Jerusalem Post and this led me to find his group and to apply for membership.

His first response was to warn me that he didn't want any 'lurkers' only committed activists. I bristled, sent him an angry response, he apologised, I apologised and it was only later that I began to realise what a great man he was. I was soon to discover the huge corpus of information on his websites Zionism-Israel.com and MidEastWeb.org.

Ami turned out to be a truly inspirational contact. He wrote brilliantly and his depth of knowledge and his many links to politicians and influential people made him a priceless source of wisdom. I didn't always agree with him but my respect was boundless. He taught me a great deal over the coming months. In many ways he helped me form my own stance on the issues and he showed me that there is rarely anything black and white about the Israel-Palestine conflict.

Ami always, always told it like it was. He disagreed with many of Israel's policies and bemoaned its inability to make its case properly in the international arena. He was never an apologist for what he knew was wrong, and he was always a champion for what he knew was right: peace and reconciliation.

I never met him. In April this year I spoke to him on the phone when I was in Israel. His first words were: "Where are you?" Not "How are you". He was an American-born Israeli – not for him the niceties of polite conversation that I, a Brit, am used to. He really did want to know where I was because he wanted to meet me. Finding I was in Jerusalem, he replied that it was the best place to be.

Instead of discussing Israel and politics he gave me advice on how my son could get a job when he came to Israel – and it was good advice.

I just found out that Ami Isseroff had died last week.

While he was an anti-religious and very liberal Zionist, he was, above all, a Zionist. He literally wrote an on-line encyclopedia about every major event and concept in Israel's modern history. He practically single-handedly ran two major websites: MideastWeb, on the Middle East altogether,and Zionism-Israel, which has a plethora of information as well. The latter site, besides having lots of information, also housed his blog.

I always hoped that he would organize the sites better, because they should be read by everyone who wants to learn about Israel.

I'm going back to a couple of his pieces I've linked to over the years, and I am again amazed at his knowledge and erudition. The best on-line resource on Arab land ownership in Palestine before 1948 is on his site. Not too many people can take on Benny Morris on specific facts in his books. But he was similarly impressive as a blogger - and as a satirist.

Here is a eulogy written by his brother.

May his family be comforted and may his memory be a blessing. And I suggest helping keep his memory alive by browsing the thousands of articles he has written on his sites.

Posted by Elder of Ziyon