In 1948, Israel declared a state, the Arabs attacked, and Jordanian soldiers invaded the Old City and surrounding Jewish neighborhoods. Jordan gained control of the west bank and part of Jerusalem (it is the portion that was occupied by Jordan for 19 years that they now call "East Jerusalem"). As the Jordanian soldiers invaded Jerusalem, the Jews ran for their lives. As a result of the war, Jews were thrown out of the Old City and other areas of Jerusalem en masse (creating many Jewish refugees from "East Jerusalem" that no one ever talks about).

Between the end of Israel's war of Independence in 1949 and the six day war in 1967, the Jordanians controlled the area and they, along with UNWRA, transferred many Arabs into Jewish-owned property there. They also destroyed much Jewish property, including the famous Hurva Synagogue (recently rebuilt), approximately 38,000 graves in the ancient Jewish cemetery on the Mount of Olives, and a multitude of Jewish-owned homes, synagogues, and businesses.

In March 1948, Arabs invaded the neighborhood and set the Jewish synagogues and houses on fire, causing the residents to flee. In April, the Hadassah Convoy massacre, where 79 Jews were murdered, took place in the neighborhood. Silwan, where Yemenite Jews had settled in 1882 (and where King David built the original Jerusalem) was also taken over, along with the Old city's Jewish quarter which was razed. 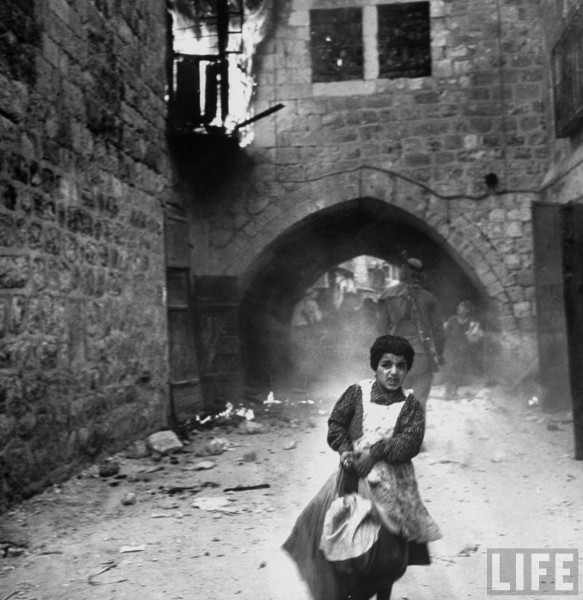 Jewish girl, Rachel Levy, 7, fleeing from street with burning buildings as the Arabs sack Jerusalem after its surrender. May 28, 1948. John Phillips 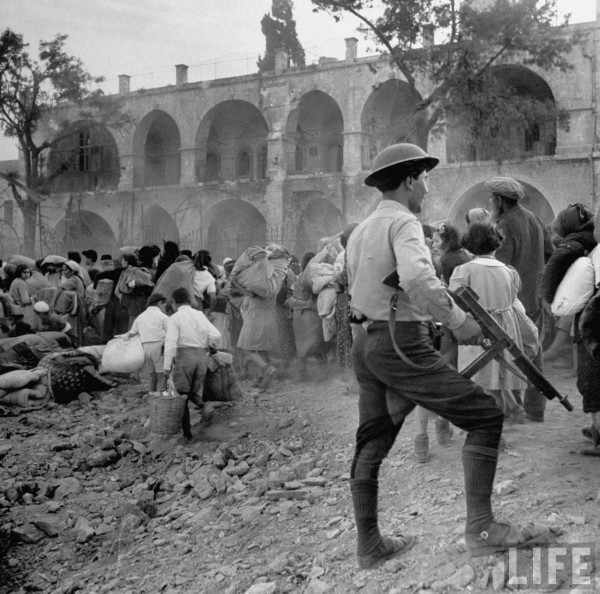 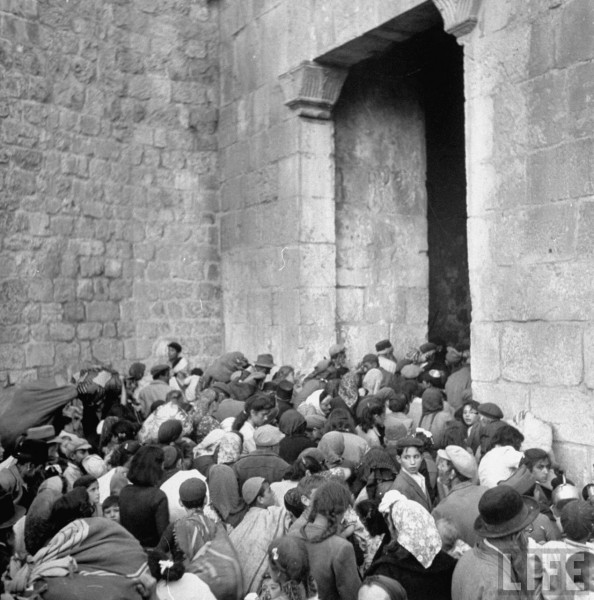 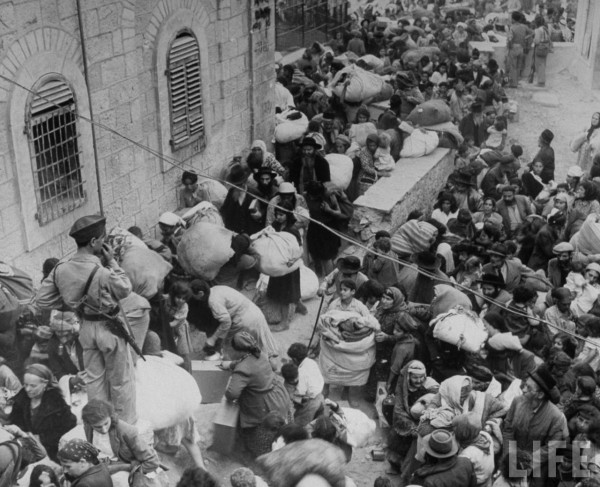 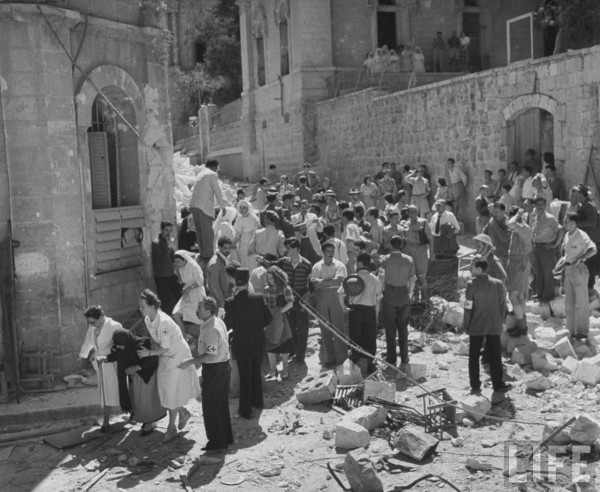 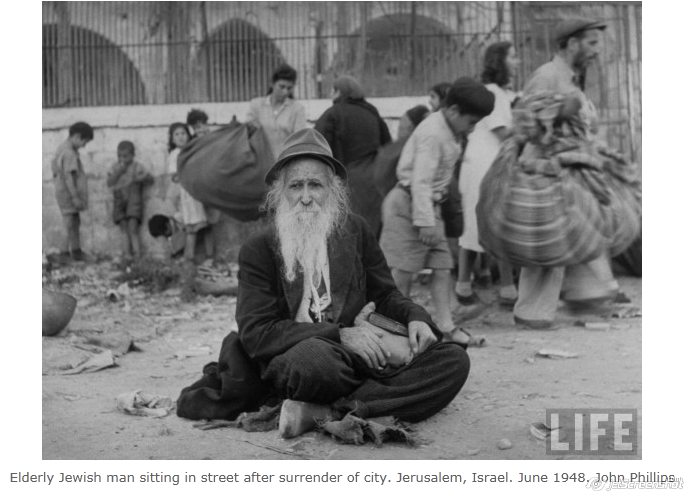 The next two photographs are remarkable.
This is before and after of the same place! 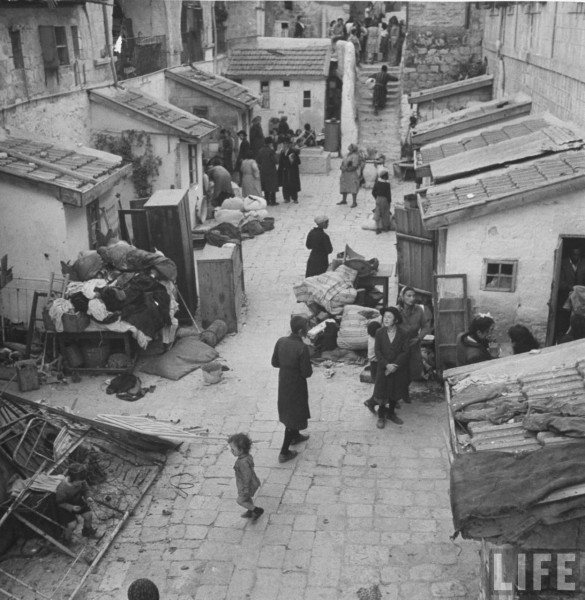 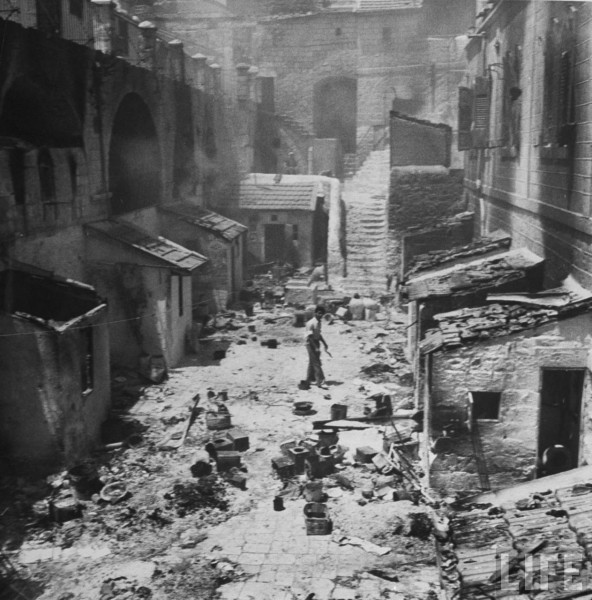 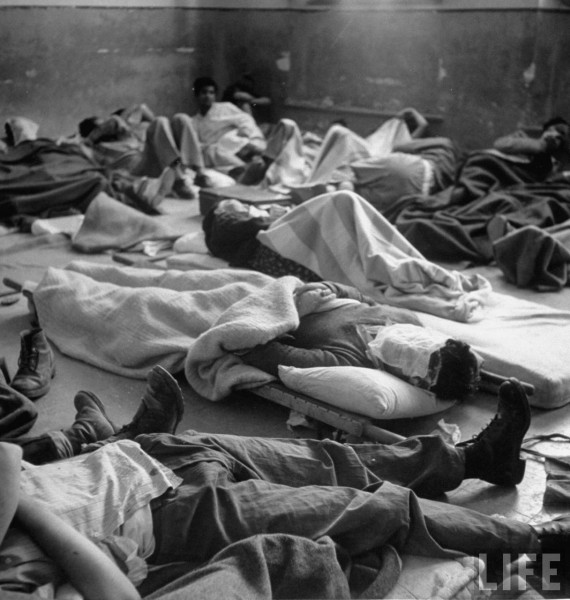