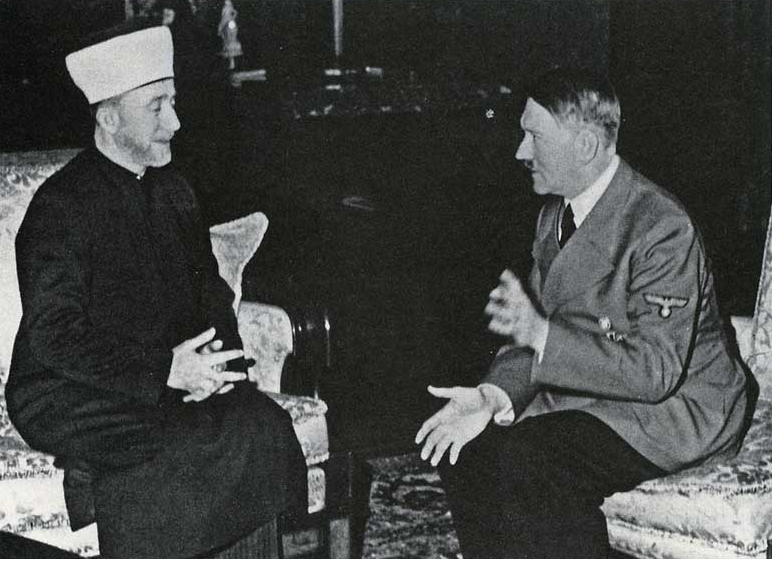 played a key role in the Holocaust. The Mufti was instrumental in the decision to exterminate the Jews of Europe.

Philadelphia (MEF) - October 21, 2015 - Israeli Prime Minister Benjamin Netanyahu has drawn criticism for comments about the role of al-Hajj Amin al-Husaini, the Grand Mufti of Jerusalem played in conceiving and perpetrating the Holocaust. Indeed, leading Nazi aides testified that al-Husaini was one of the instigators of the genocide. In his 1999 autobiography, a senior Nazi official admitted how he advised Hitler and other leading Nazis, and that he acquired full knowledge of the ongoing mass murder.

Middle East Forum scholar, historian and author Wolfgang G. Schwanitz added, “It is a historical fact that the Grand Mufti of Jerusalem al-Hajj Amin al-Husaini was an accomplice whose collaboration with Adolf Hitler played an important role in the Holocaust. He was the foremost extra-European adviser in the process to destroy the Jews of Europe.”

Although Schwanitz heard for the first time the dialogue between Hitler and al-Husaini as told by Netanyahu, Hitler was the key architect of the Final Solution. But indeed, it is absurd to ignore the role played by al-Hajj Amin al-Husaini, a war criminal, for encouraging and urging Hitler and other leading Nazis to exterminate European Jewry. According to the foremost expert on the ties between Nazis and Islamists, there is much evidence that al-Husaini's primary goal was blocking all of the ways out of Europe. He pushed Hitler to slam the last doors of a burning house shut.

In their 2014 book Nazis, Islamists and the Making of the Modern Middle East, published by Yale University Press, Schwanitz and co-author Barry Rubin delve into the deep ties between Hitler and the Grand Mufti:

“At their meeting [on November 28, 1941, Hitler and al-Husaini] concluded the pact of Jewish genocide in Europe and the Middle East, and immediately afterward, Hitler gave the order to prepare for the Holocaust. The next day invitations went out to thirteen Nazis for the Wannsee Conference to begin organizing the logistics of this mass murder.”

The highly acclaimed book also examined the Grand Mufti’s efforts to prevent Europe’s Jews from finding refuge in the land that would become Israel:

“And since any European Jews let out of Europe might later go to Palestine, al-Husaini made it clear that if Hitler wanted Muslims and Arabs as allies he must close Europe’s exits to Jews. At the same time, al-Husaini and Arab rulers also told Britain that if it wanted to keep Arabs and Muslims from being enemies, it must close entrance to Palestine to all Jews. By succeeding on both fronts, al-Husaini contributed to the Holocaust doubly, directly, and from the start.”