Fake Gaza Civilian of the Day

PCHR on July 12 said that "civilian" Haitham Ashraf Zo'rob was killed.
Here he is in his Hamas and Al Qassam Brigades martyr poster: 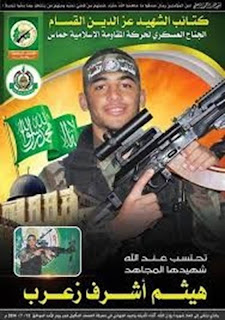 Interestingly, Zo'rob was also apparently a member of the Palestinian Authority security services, based on logo in his beret and poster here: 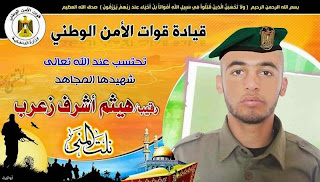 On July 26, PCHR reported that the body of Ghassan Taher Abu Kamil, 25, was found. it identified him as a "civilian" (implicitly in English, explicitly in Arabic.)
Here's his Al Qassam Brigades martyr video. He looks so innocent! 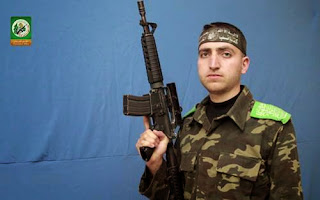 On July 24, PCHR implied that ‘Abdul Qader Jameel al-Khaldi was a civilian. (At that point PCHR didn't list names of militants who were killed, but they said 64 out of 80 killed that day were civilians but only identified 11 [English] or 13 [Arabic] of them.)

PCHR reported on July 26 that the body of Mohammed Fayez al-Shareef, 55, a "civilian,"  was recovered. The Hamas Health Ministry reported him as being 23 years old (#932.) Hamas seems correct - this Facebook page created the day his body was found has lots of photos, and they match the photos and video of a Hamas terrorist. No one else with that name was listed in the "martyr" lists that I could find. 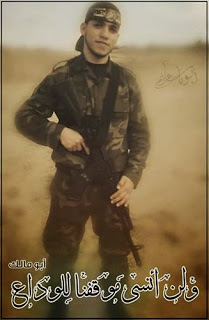 Also, I noted in July (before I started this series) that 17-year old Anas Kandil was with his Islamic Jihad father Yusef and a group of terrorists instead of the rest of his family when the IDF targeted them.
It turns out that 17 year old Anas was also a member of Islamic Jihad Al Quds Brigades: 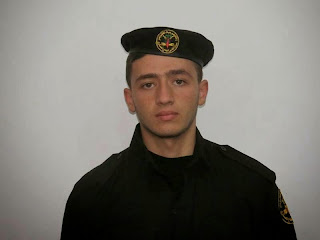 PCHR identified him as a civilian but said he was 19. Numerous reports say that he was a high school student who just passed his exams, so he does in fact appear to be one of the "children" killed in Gaza according to the Gaza Health Ministry (spelled "Qandeel.")

Here are father and son in identical Islamic Jihad flags. 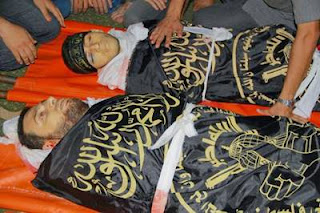 The entire series of fake Gaza civilians is here.

3 more fake "civilians" of the day 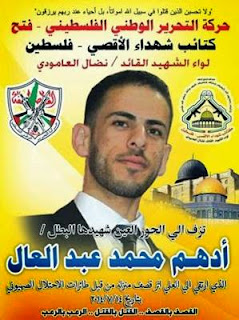 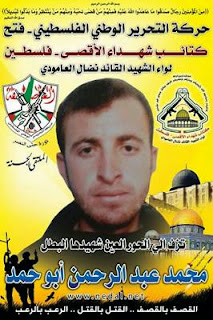 PCHR said on July 30 that Mohammed Mahmoud al-Astal, 25, was a civilian.
The same Fatah page describes him also as a "martyr mujahid." 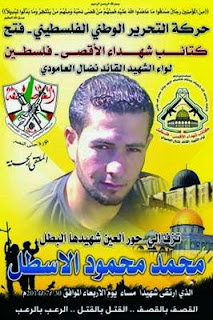 His home had one of the families that B'stelem claimed Israel wiped out for no reason; B'Tselem did not identify him as a terrorist and his family as human shields.