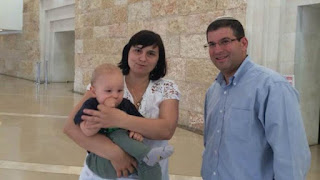 The High Court declared in a landmark ruling Thursday that the state must recognize private conversions to Orthodox Judaism that are conducted outside the framework of the Israeli Chief Rabbinate.

The ruling was seen as a major blow to the rabbinate’s monopoly on Jewish religious services, which has come under fire in recent years from private groups who have grated under what they say are the institution’s increasingly stringent guidelines.

According to the ruling, individuals who underwent conversion at any Orthodox rabbinical court, in Israel or aboard, will be recognized as Jewish, and will thus be eligible to receive Israeli citizenship in accordance with the Law the Return.

Before the ruling, the Rabbinate could reject the Jewishness of converts in Israel or abroad who did not perform the rite under a pre-approved rabbinical authority.

The Tzohar organization, which has been a leading player in the battle to dent the rabbinate’s monopoly, said it commended the decision.

“We look forward to reviewing and better understanding the implications of this decision with the full confidence that it will assist many thousands of well intentioned people on that road to halachic conversion,” the group said in a statement.

The ruling came in response to a petition filed by the Itim organization, on behalf of a woman and her two-year-old son whose Jewishness had not been recognized by the Interior Ministry, despite the fact that the two had already converted in an ultra-Orthodox court in the Israeli city of Bnei Brak, and had reportedly even been recognized as Jewish by the State Rabbinate.

The ministry demanded that the mother and her child undergo another full conversion — which would include drawing blood from the boy’s genitals in order to affirm that his circumcision was conducted in accordance with Jewish law, and the woman’s immersion in a ritual bath, naked, in front of three ordained rabbinic judges.

‘Only the Torah decides’

Ashkenazi Chief Rabbi David Lau responded to the decision as well, saying that the court had no right to determine who was Jewish.

“The High Court and the judges do not determine who is a Jew, but the Torah of Israel, it has always been so and with God’s help so it will continue,” said Lau.

“The decision is a scandal,” Yosef said in a statement. “Recognition of such a practice will lead to the elimination of the state conversion system in the country.”

Representatives from Israel’s non-Orthodox denominations, however, hailed the ruling, and asserted that the decision would eventually apply to Reform and Conservative courts as well, as their rabbis were recognized by the state as Jewish as well.

“The court decision states unequivocally that there is more than one way to convert to Judaism in Israel, and that conversion takes place in a Jewish community in Israel that belongs to one of the branches of Judaism — will be recognized by the state with regard to the Law of Return,” said Rabbi Gilad Kariv, the head of the Reform movement in Israel.

The Law of Return allows both Jews and their immediate relatives to immigrate to Israel, however the Chief Rabbinate recognizes as Jewish only those who converted through authorized Orthodox conversion courts, or those who can prove their Jewishness through matrilineal descent, as per Jewish religious law.

Since marriage in Israel can only be conducted by a religious court, the state has some 400,000 citizens, mostly from former Soviet countries, who are unable to marry Jewish partners because they are not recognized as Jewish themselves.

JTA contributed to this report.