This post has been contributed by a third party. The opinions, facts and any media content here are presented solely by the author, and The Times of Israel assumes no responsibility for them.

A UN Council for Terrorist Rights

Yair Lapid is a member of Knesset and the chairman of the Yesh Atid party.

We stand here, Jews and non-Jews. From Israel and from across Europe, to protest the fact that instead of doing what they’re supposed to do, the United Nations Human Rights Council is encouraging murder, encouraging terror, encouraging injustice.

And we are not willing to remain silent anymore.

During that decade, Israel was constantly under attack from terrorists who set out to kill civilians: women, children, the elderly.

Our enemies mock the core concept of what it is to be human, while at the same time we are trying to protect a democratic state while adhering to the highest standards of international law.

We face fundamentalist Islamic terror organizations who want to murder Jews just because they are Jews.

We face Iran and its terror subcontractors, which has declared again and again that its goal is the total destruction of Israel.

And we face sixty two resolutions by an organisation which deceives the world by calling itself a Human Rights Council.

Four hundred thousand murdered in Syria, tens of thousands murdered in Iraq, in Libya, in Afghanistan — and the Council condemns Israel.

Women are raped in Rwanda, Sudan and all across the Middle East — and the Council condemns Israel.

People are beheaded and women are forced into slavery in Iraq — the Council condemns Israel.

The Israeli-Palestinian conflict is only ranked forty-ninth in the number of casualties in conflicts across the world. But there is only one country – only one – which the rules of Human Rights Council dictate has a special agenda item.

Let me introduce you to Agenda item 7, which states that every time the Council is in session it has to discuss – even if nothing happened, even if no evidence has been presented — the human rights situation in Israel.

Because they no longer even try to conceal their support for the terrorism of Hamas, of Hezbollah and of the knife attackers in our streets.

Because they no longer even pretend to be objective.

Because they no longer even try to hide the fact that they are anti-Israel, anti-Jews and anti-justice.

Today in Geneva, the Council has six more anti-Israel discussions on the agenda. Six more. Each one more ridiculous than the next. More hostile than the next. And with less foundation in fact than the next. Regarding our enemies – the biggest perpetrators of human rights violations on this planet — as usual, there will be no resolution, no condemnation, not a single word. 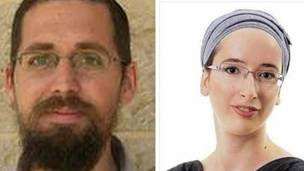 In the past six months, terrorists have stalked the streets of Israel, shooting at our children, stabbing women and the elderly, carrying out car ramming attacks.

Rabbi Eitam and Naama Henkin weren’t soldiers. They were a couple driving home with their four young children. The parents were killed. The children injured. 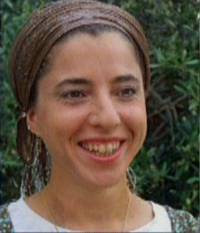 Dafna Meir, seen in an undated photo, killed in an attack in her Otniel home on January 17, 2016. (screen capture: Channel 2)

Dafna Meir, a mother of six, was killed while she stood at the doorway of her house, protecting her young daughter so she wouldn’t be murdered as well.

Alon Bakal was shot to death in Tel Aviv. He was 26. A volunteer in a humanitarian organization. He was what they call a ‘human rights activist.’.

And how does the UN Human Rights Council respond when a human rights activist was murdered? They support the murderer. 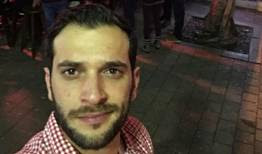 The treatment of Israel by the Council is far beyond bias. It’s obsessive. It’s insanity.

I am the son of a Holocaust survivor. Let me tell you something about anti-Semitism:

Anti-Semites, in this era, never admit that they are anti-Semitic. They always give it a different name. They say it’s something else. So we learned, in the past two thousand years, that it doesn’t matter what they say. It only matters what they do. And what they are doing here today, in the United Nations Human Rights Council is pure, old fashioned, anti-Semitism.

There is only one democratic country in the Middle East.

There is only one country in the Middle East in which the rights of minorities are protected. In which women’s rights are protected, gay rights, the right of every person to free speech, freedom of religion and free movement.

There is only one country in the Middle East whose military insists on international law, on human rights and on moral standards which no army in the world comes close to.

I call on the Secretary-General of the United Nations, Ban ki-Moon – this organisation is under your command. It’s yours. Why do you allow an organization that attacks Jews for being Jews to work under your auspices? It’s time for you to take a moral stand.

I call upon the members of the United States Congress – the US is the largest funder of the United Nations — why do you allow American money to be used by an organisation which continually provides encouragement for fundamentalist Islamic terror?

I call on the European Union and all democratic countries: Don’t let this moral distortion continue. You can demand accountability from this organization, and it is your duty to do so.

Article 7 of the Universal Declaration of Human Rights decrees the following:

If the nations of the world view that declaration and their commitments with sincerity, they must act accordingly. It’s time to put an end to the United Nations Human Rights Council’s blatant discrimination against Israel.

Because the State of Israel is no longer willing to be silent.

MK Yair Lapid is Chairperson of the Yesh Atid party. The above text is a modified version of a speech delivered Monday at a demonstration outside the United Nations Human Rights Council in Geneva.