The organization charged in a statement that the groups in question were “fixated with delegitimizing Israel” and promoted a “misleading narrative about Israel.” The report charged that the 10 groups listed were “the ‘worst of the worst’” of the United States’s anti-Israel establishment.

“Their leaders speak regularly on college campuses, endeavoring to convince the leaders of tomorrow that Israel is the worst violator of international human rights and should be treated as a pariah,” the report said.

The groups identified by ADL in its 2013 report are ANSWER (Act Now to Stop War and End Racism), American Muslims for Palestine (AMP), CODEPINK, Friends of Sabeel-North America, If Americans Knew/Council for the National Interest, Muslim Public Affairs Council (MPAC), Students for Justice in Palestine, and US Campaign to End the Israeli Occupation.

Some of the groups responded to the ADL’s report, dismissing it as inaccurate or “unfortunate”; others were not immediately available for comment.

The ADL last published a similar list in 2010, in the wake of Israel’s Operation Cast Lead to halt rocket fire from the Hamas-ruled Gaza Strip. Six of the groups from the 2010 list reappeared in the 2013 report. 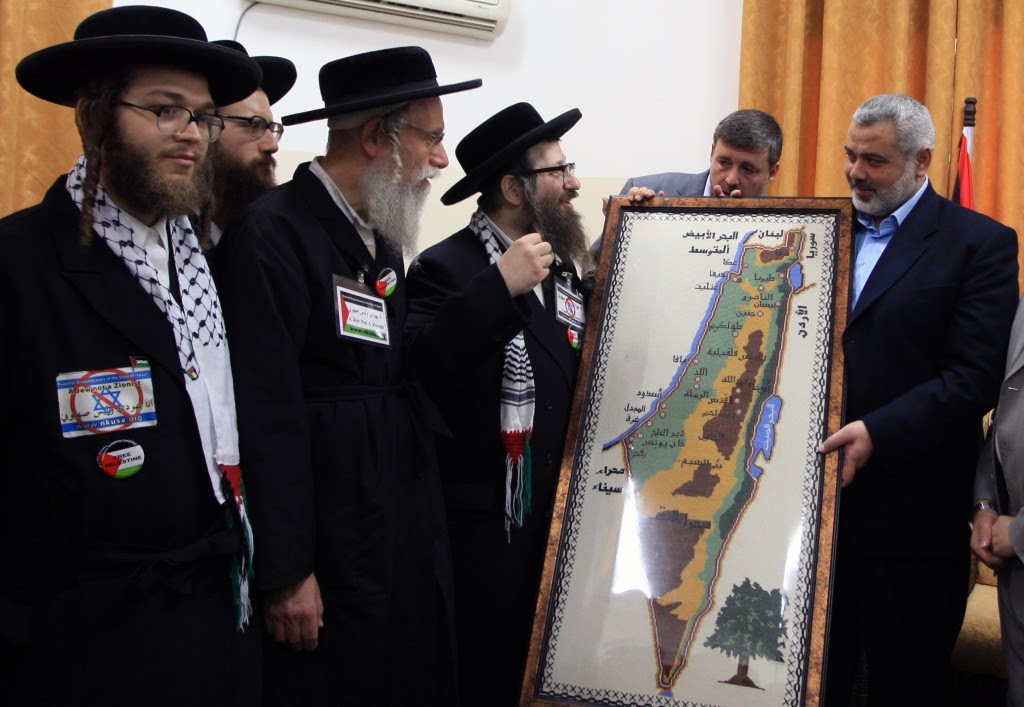 The organization charged in a statement that the groups in question were “fixated with delegitimizing Israel” and promoted a “misleading narrative about Israel.” The report charged that the 10 groups listed were “the ‘worst of the worst’” of the United States’s anti-Israel establishment.

“Their leaders speak regularly on college campuses, endeavoring to convince the leaders of tomorrow that Israel is the worst violator of international human rights and should be treated as a pariah,” the report said.

ADL accused ANSWER of expressing “openly… extreme views, including blatant support for terrorist groups like Hamas and Hezbollah” and calling for Israel’s destruction.”

ANSWER told The Times of Israel that the ADL’s allegations were “unfortunate.”

“We don’t have any negative feelings toward the Jewish people or the Jewish faith at all,” a spokesperson said. “Many of the people who volunteer with us are part of them. But we do think the policies of the Israeli state are criminal; it is an apartheid policy and we are opposed to it.”

The report said American Muslims for Palestine’s annual conferences included calls for liberation of Palestine “from the river to the sea” and charges of ethnic cleansing of Palestinians by Israel. Meanwhile the Muslim Public Affairs Council, according to the report, “has helped propagate the notion that American foreign policy is directed by Israel,” and that Jerusalem has pushed the US into wars in the Middle East.”

Neither group answered calls from The Times of Israel for comment.

According to the ADL, Codepink, a feminist antiwar organization, aims “to reduce US support for Israel and end US-led wars and military campaigns in the Middle East and elsewhere.” The report contended that “four of the 12 ‘issues’ listed on its website are about Israel, including a call for BDS against Israel and advocacy on ending US aid to Israel.”

FOSNA, a Christian pro-Palestinian group, earned the ADL’s ire for pushing for a one-state solution and a right of return for all Palestinians, and for “accusing Israel of racism, oppression, and human rights violations while simultaneously promoting BDS campaigns against Israel as punishment for what they allege to be Israel’s apartheid-like policies.”

“I’m not surprised,” Donald Wagner, the group’s program director, told The Times, calling the report “a bit of a smear.”

If Americans Knew/Council for the National Interest, two advocacy groups run by Alison Weir, work “to convince Americans that US policies that are friendly to Israel are damaging to the US from a foreign policy standpoint,” the ADL charged.

“IAK and CNI assert that because Israel causes ‘rage and resentment among billions of people… and sells America’s military secrets to its enemies,’” the report said.

CNI was not available for comment at the time of publication.

The ADL accused Jewish Voice for Peace of being “the largest and most influential Jewish anti-Zionist group in the United States,” and said the group “exploits Jewish culture and rituals to reassure its own supporters that opposition to Israel not only does not contradict, but is actually consistent with, Jewish values.”

“JVP consistently co-sponsors rallies to oppose Israeli military policy that are marked by signs and slogans comparing Israel to Nazi Germany, demonizing Jews and voicing support for groups like Hamas and Hezbollah,” the report said.

JVP’s Director of Programs Sydney Levy said the group “rejected [the ADL's 2010 report, which also cited the group] offhand then, and we do the same now.”

“The fact that we criticized the policies of the State of Israel does not make us anti-Israel,” he said over the phone on Monday. “And most of the allegations the ADL has against us are ludicrous.”

Neturei Karta, an ultra-Orthodox Jewish group opposed to the existence of the State of Israel on religious grounds, expounds “a very extreme agenda and has regularly aligned with international anti-Semites, Islamic extremists and groups that advocate violence against Israel,” the ADL said.

Students for Justice in Palestine “is almost singularly responsible for on-campus anti-Israel programming,” including Apartheid Week programs at American colleges and similar anti-Israel activities, the ADL wrote. The group “paint[s] Israel as an ‘apartheid’ state reminiscent of the regime in South Africa.”

Lastly, the US Campaign to End the Israeli Occupation, said the ADL, works to “pressure Congress to stop sending foreign aid to Israel and adopt policies that are less friendly to Israel.” The report quoted one of the group’s leaders as saying that by providing Israel with military aid, “US taxpayers are thereby made complicit in Israel’s systematic violation of Palestinian human rights, its military occupation and illegal colonization of Palestinian land, and its apartheid policies toward Palestinians which deny them freedom and self-determination.”