Eric Burdon, former lead singer of ’60s British band The Animals, on Tuesday cancelled an August 1 concert in Israel, because he had been receiving daily threatening emails, his manager said.

Burdon, whose band’s decades-spinning career including hits such as “The House of the Rising Sun,” “We Gotta Get out of This Place,” “It’s My Life,” and “Don’t Let Me Be Misunderstood,” was to have performed alongside Israeli legends Tislam at the Zappa Shuni Amphitheater in Binyamina. Tickets were already on sale.

Days ago, Burdon met up with members of Tislam in Vienna, and told them he was under pressure from anti-Israel activists to cancel the show. At that time, though, he seemed set on going ahead with the concert, telling the Israeli musicians, “Everyone needs music and there’s no connection to current politics. Everyone has the right to be entertained.”

But his manager later wrote to Tislam to state that the show was off. “We are under increasing pressure, including many threatening emails that we are receiving on a daily basis. I wouldn’t want to put Eric in any danger,” his manager wrote, in comments released by Tislam on Tuesday. 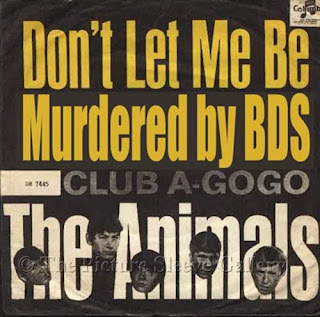