Al Madenah News, an Egyptian newspaper, has a feature article on the Rothschild family. 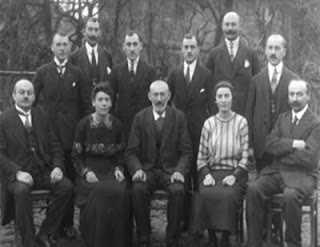 The Rothschild family is "one of the families in the invisible government" and the oldest and largest Jewish Khazar family and are the owners of the world's central banks and the US Federal Reserve bank.

Rothschild owns 80% of the world's wealth and is responsible for creating all economic crises, as well as political crises across the world.

The Rothschild family has taken Palestine through the Balfour Declaration where Britain was saved from the First World War in exchange for granting Palestine.

Their control of the world allows their preparation to build the Temple of Solomon.

Some experts and scientists say that the Jews of the Khazars are Gog and Magog, and Allah knows best.

Just another day in the Arab media.

In a highly offensive article on its website, the Western-funded Palestinian Arab NGO Miftah is not really certain that there were ever any Jewish Temples in Jerusalem and denies that Jews have any rights to pray or even visit their holiest site:

With each passing day, more and more right-wing extremist settlers and Israelis insist on entering the Aqsa Mosque Compound. They walk the grounds, try to conduct Jewish prayers and always do so under the protection of the Israeli army and police. Muslims meanwhile either bite the bullet and hope the unnatural visits end quickly or, more often than not, they protest....

The fact of the matter is that Israel’s official narrative – that this is the exact place where the second temple was built and where the third one will eventually be reconstructed, has become a given for so many. The premise is that Jews have every right to enter and pray in Al Aqsa because the temples came first and this is ostensibly the holiest site in Judaism. The thousands of years of history and religious significance for Muslims around the world are made completely irrelevant not to mention that the Israeli narrative can always trump anyone else’s, especially the Palestinians. The seemingly religious aspect of the argument is actually entirely political at its core.

I wasn't aware that a religion that is, according to its own calendar, 1,434 years old, has "thousands of years of history and religious significance." I also wasn't aware that the many Jewish sources about the religious importance of the Temple site that pre-date Islam are actually political. I guess because the rabbis really knew that some guy named Mohammed would say that he flew a winged horse to "the farthest mosque" which would be interpreted a century later as being the third holiest site in (Sunni) Islam.

Miftah dismisses thousands of years of Jewish practice, Jewish prayers, Jewish legal texts and the Torah itself - all of which predate Mohammed's birth. And it claims that the Jewish ties to the site are - get this -political!

Miftah, a supposedly progressive and liberal NGO,  is saying explicitly that Jews do not have the right to pray at their unquestioned holiest spot. But Muslims, who have stolen numerous Christian and Jewish holy places, should have complete and exclusive rights to places they usurped. Muslim rights to stolen holy sites, according to Miftah, are paramount; Jewish and Christian rights to these sites are non-existent.

It would be an understatement to call this article hypocritical.

Once again, Miftah's interest in the truth is nonexistent. Now we see that they publish screeds that are highly offensive to Judaism as well.

The fact that these lies about Judaism and Jewish history are accepted as fact among many bigots does not make this any less reprehensible. Even worse is that this article explicitly supports religious discrimination.

Yet Miftah still get funded by clueless European NGOs.