Palestinian woman planned to use disguise of pregnant Jewish woman to set off explosives belt. 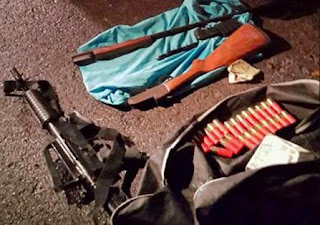 Security forces arrested several Palestinians during October and November on suspicion of planning to carry out a suicide bombing attack in the Tel Aviv region, the Shin Bet announced on Monday.

The suspects include a woman from Jenin, named by security forces as Yasmin Sha’aban, and four residents of the Tulkarm area.

“According to the plot that was hatched, Sha’aban was the designated suicide bomber. She was supposed to carry out the attack with an explosive vest hidden in her clothes while disguised as a pregnant Jewish woman,” the Shin Bet said.

Sha’aban had intended on receiving an entry permit into Israel for medical reasons, and exploit it to carry out a mass casualty bombing of Israeli civilians.

The suspects have confessed to planning the suicide bombing and other terrorist attacks, the Shin Bet said. The suspected bombers were in touch with an operative from Gaza, who helped instruct them on how to assemble explosives, according to the investigation.

The suspects intended to stay in an apartment in Israel used by illegal residents as part of their preparations, the Shin Bet added. There the Palestinian woman was meant to put on her explosives vest and head to the Tel Aviv area.

Hamas and Islamic Jihad planned to claim joint responsibility for the attack, according to the investigation.

However, there is no evidence that the central leaderships of Hamas or Islamic Jihad in Gaza were aware of this particular plot.

The suspects also confessed to planning to bomb a bus carrying soldiers and to kidnap a soldier.

Sha’aban and another suspect have been charged at the Samaria District Court with terrorism offenses.

The arrests underline “the high motivation that exists among terrorist operatives to carry out attacks, with an emphasis on the period after Operation Pillar of Defense,” the Shin Bet said.

The incident also pours light on how Gazan terrorist organizations seek to orchestrate attacks out of Samaria, and how they help would-be terrorists arm themselves and plan attacks.