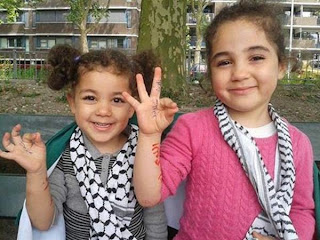 Families of the kidnapped teens came together to ask for prayers, 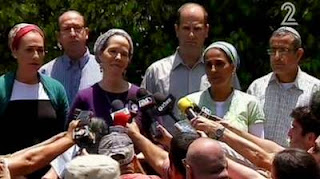 Afterward, flanked by the other parents, Racheli Sprecher Frankel, mother of Naftali Frenkel, told reporters outside the house that the meeting was "very significant."

"We want… to strengthen security forces, who are working day and night, the decision makers, and the prime minister, who is in contact with us," she said. "We pray that all the soldiers, and our children, will come home without injury. We send our thanks to all everyone participating in this extraordinary effort.

"During these days," she continued, "we feel deeply embraced by the entire Jewish nation, which accompanies us throughout the day, which gives us so much support. We ask that the prayers continue… That's it, all we want is to hug our children. Eyal, Gil-ad, Naftali, we love you, we miss you, be strong, be strong!"

The IDF raided terror nests in Nablus. From the IDF Blog: 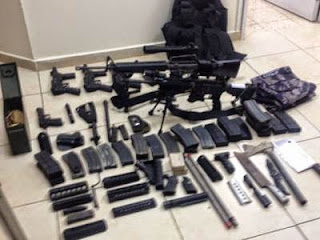 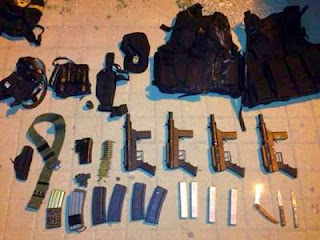 Don't know how reliable this is, but there are reports that the kidnapping by Hamas has cause the PA to halt reconciliation with Hamas. An unnamed PA official said that if it is proven that Hamas was behind it then unity would be stopped.

"They're people who don't see any way to change their reality and they are forced to use these means until Israel will wake up a little, until Israeli citizens and society will wake up and feel the suffering of the other," Zoabi said in an interview on Radio Tel Aviv, adding that the kidnappers live under occupation.

"So an Israeli MK is openly justifying the kidnapping of Israeli boys?" the interviewer, Sharon Gal, asked.

"I'm not surprised at all," she responded.

"I'm surprised you're still walking around freely," Gal said, and Zoabi hung up on him.

Palestinian Arabs have been posting photos of their children celebrating the kidnappings. 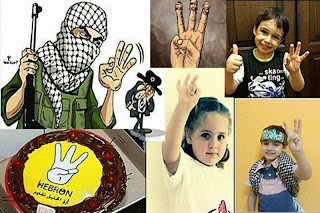