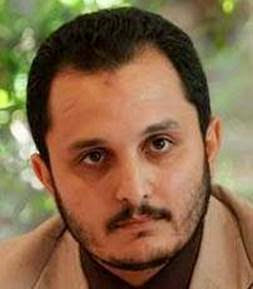 Former Hamas government spokesman Ihab al-Ghussein announced today that in private meetings with Hamas, Mahmoud Abbas insists that he is lying in his public statements in order to "trick the Americans":

"When I go out [publicly] and say that the [PA] government is my [Abbas] government and it recognizes 'Israel' and so on, fine -these words are meant to trick the Americans."

Al-Ghussein, who was Hamas government spokesman until the advent of the new unity government with Fatah, posted these words about Abbas's duplicity on his Facebook page.

At the end of the post he laughs at those Palestinians who trust Abbas and the reconciliation.

The following is the post describing Abbas' "tricking the Americans":

"You know what Mahmoud Abbas says behind closed doors?? He says: 'Guys, let me [continue] saying what I say to the media. Those words are meant for the Americans and the occupation (i.e., Israel), not for you [Hamas].What's important is what we agree on among ourselves. In other words, when I go out [publicly] and say that the government is my [Abbas] government and it recognizes 'Israel' and so on, fine - these words are meant to trick the Americans. But we agree that the government has nothing to do with politics (i.e., foreign relations). The same thing happened in 2006,' he [Abbas] said: 'Don't harp on everything I tell the media, forget about the statements in the media.'
Come on [Abbas]!
The problem really isn't with him [Abbas], the problem is with whoever believes him. Ha, Ha, Ha! (I really do want real reconciliation, meaning partnership and achieving unity, but not reconciliation as Abbas means it)."