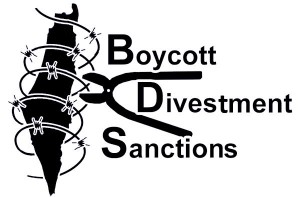 This year's conference is again set to include at least one prominent member of the Palestinian Legislative Council, and the gathering has been attended in each of its previous four years by leading Palestinian figures including top Palestinian Authority officials, negotiators, academics, and the man helming development of the first planned Palestinian city.

"I accepted the invitation to the Presidential Conference with the intention that this would not only allow me to express my opinion on the prospects for a peace settlement but also because it would allow me to lecture on the West Bank," Hawking wrote in the letter, published on Thursday by The Guardian.

"However, I have received a number of emails from Palestinian academics. They are unanimous that I should respect the boycott. In view of this, I must withdraw from the conference. Had I attended, I would have stated my opinion that the policy of the present Israeli government is likely to lead to disaster," he wrote.

Professor Hawking's determination to overcome this as well as his unquestioned scientific brilliance make him admirable beyond words. But as though to show that even the brightest people can make fools of themselves, he has now done something which is beyond stupid.

Hawking is a product of his environment, and his ability to go beyond the conventional wisdom in anything besides physics is severely constrained. Which means that Hawking's knowledge of Israel is filtered through the conventional wisdom of Britain.
In the most recent Pew Global Attitudes poll, we see that 44% of the British have an unfavorable attitude towards Israel, and only 34% have a favorable attitude.
When asked which side they  sympathize with more, 19% were on the Israeli side and 35% sympathized more with the Palestinian Arab side. Even more telling, in 2002, while Israelis were being blown up every couple of days from suicide bombs, the British were only 17% sympathetic towards Israel compared to 28% for Palestinian Arabs. 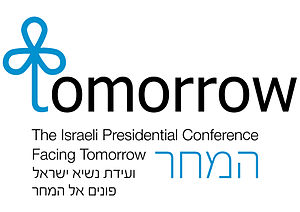 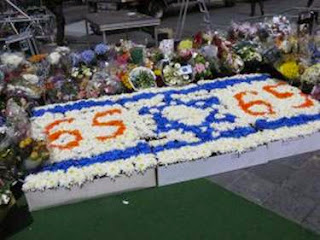 Egyptian newspaper Misr El Gdida has another article about how Jews drink Christian blood for their holidays.

This is part 2 of an article I noted a couple of weeks ago, but written by a different author. This one starts off with fake Talmudic quotes about how killing gentiles is obligatory - and goes downhill from there.

It goes on to say that the legend of Dracula is actually true in that Jews love drinking blood, and claims that Jewish historians confirm the ritual slaughter of Christian babies.

Apparently, Jews don't only drink blood as part of Purim pastries and Passover matzoh, but also during weddings and circumcisions.

The article even sarcastically notes that French actress Brigitte Bardot was against Muslim ritual animal  slaughter, but never said a word about Jewish ritual murder!

Then it goes through a history of blood libels in the Arab world, ironically proving how ingrained Arab antisemitism is. It brings examples of the libel from Egypt in 1881; Syria in 1810, 1840 and 1890; and in Lebanon in 1824, 1826, 1829 and 1834. The Rhodes blood libel is mentioned as well, along with  the long history of false accusations of the blood libel in medieval Europe.

Naturally, no Arab has publicly condemned the newspaper for its libel against Jews.

Just as naturally, human rights organizations are silent, as usual. 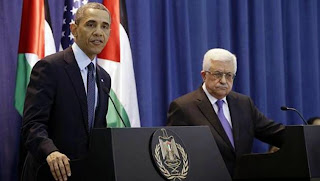 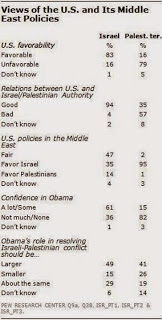 2.    Pew Research: Despite Their Wide Differences, Many Israelis and Palestinians Want Bigger Role for Obama in Resolving Conflict [lezen]

How can a man as brilliant as Hawking boycott Israel when it makes the microchip that enables him to talk?

Professor Hawking’s determination to overcome this as well as his unquestioned scientific brilliance make him admirable beyond words. But as though to show that even the brightest people can make fools of themselves, he has now done something which is beyond stupid.

In June, the President of the State of Israel, Shimon Peres, will host his annual President’s Conference. This year’s conference is called Facing Tomorrow and will address the future of world politics, economics, environment, education and much more.

It will be attended by Tony Blair, former U.S. president Bill Clinton, former Russian president Mikhail Gorbachev and, among other celebrities, Barbra Streisand.

Professor Hawking, too, was invited. But he has decided to boycott the conference over Israel’s occupation of Palestine.

Perhaps for fear of a backlash against this overtly political decision, Cambridge University — where Professor Hawking held a chair in mathematics — claimed initially that the 71-year-old scientist was not attending on ‘health grounds’.

It was a classic cover-up. For a letter has now come to light in which Professor Hawking wrote to the office of the Israeli President, saying he decided not to attend ‘based on advice from Palestinian academics that he should respect the boycott’.

Let us be clear. Such a boycott is an on-going attempt to demonise, delegitimise and ultimately destroy the world’s only Jewish state and our closest cultural and security ally in the region. That Hawking should add his name to the boycott is shameful.

It is an effort to persecute all Israelis, including Arab Israelis, whatever their political persuasion.

The fact is that, increasingly, British academia is at the forefront of this movement.

Last year, the guest lecturer at a conference on conflict resolution, organised by the Manchester Mental Health and Social Care Trust, had his invitation withdrawn. Moty Cristal is a leading expert in negotiation theory and mediation, but he was deemed unacceptable because he is an Israeli.

In 2002, two highly respected scholars, Dr Miriam Schlesinger and Professor Gideon Toury, were sacked by a professor who works at the world-renowned University of Manchester Institute of Science and Technology (UMIST). The reason? They’re Jewish.

The woman who dismissed them, Mona Baker, professor of translation studies at UMIST, stated: ‘I deplore the Israeli state. Miriam (Dr Schlesinger) knew that was how I felt and that they’d have to go because of the current situation.’

That ‘situation’ was another flare-up between Palestinians and Israelis involving deaths from fanatical suicide bombers on the one hand and shells and rockets on the other.

Earlier that year, Tom Paulin, an English lecturer at Oxford, was reported as comparing American-Jewish settlers in Palestinian territories to Nazis. Yet the university took no action against him.

Perhaps there are those who fondly imagine that our universities are places for the open exchange of ideas. But this litany of examples suggests the complete opposite.

It suggests the pursuit of knowledge ends at national borders. The academic boycott of Israel is Stalinist in its approach, threatening freedom of thought and making it politically incorrect to express sympathy, let alone support, for Israel.

But then British universities over the years have become increasingly close-minded centres of radical Leftist political group-think. What is saddest is when — as is probably the case in the Hawking affair — such wicked types persuade decent-minded people to go along with them.

After all, to persuade such a brilliant, world-renowed academic to back out of a high-profile conference is, for them, a considerable coup.

I acknowledge that there are those who are concerned about Israel’s approach to the Palestinians, but if these academics think a boycott is the right way to address those concerns they are profoundly mistaken.

The truth is that their zealotry overides the objectivity that is so paramount in academic study, and this means their idea of morality is entirely selective.

They ignore the fact that Israel is an open democracy. They never criticise suicide bombers and those who brainwash them.

They ignore the fact that totalitarian states abound in the Middle East and elsewhere throughout the world with appalling human rights records, involving torture, beheadings and grotesque corruption.

Yes, the border dispute with the Palestinians needs solving but it is, in fact, one of the least bloody conflicts in the world today.

When these people claim that their attack on the Jewish state is not in any way bigoted or anti-Semitic, you have to start asking them questions. When was the last time Israel beheaded or crucified criminals? Any time recently? No, of course not. Saudi Arabia did so only last month.

These academics of the Left like to claim they are in favour of minority rights. Yet Israel is home to the only open and thriving gay community in the Middle East, while in Iran gays are hanged from cranes.

All Israeli women have the same rights as women in any Western country. In each neighbouring country they are second-class citizens and in a number of them can be stoned for alleged ‘adultery’.

But where are the academic boycotts of Saudi, Iran, Yemen, Egypt, Syria and everywhere else?

But apart from all this, academic boycotts are utterly self-defeating.

Israeli research institutions lead the world in breakthrough technologies. They benefit all of us who rely on computers and mobile phone technology.

They also lead the world in medical advances, and have more scientists per capita than any other state in the world. Every patient who has benefited from the latest surgery techniques — or hopes to benefit from the cutting-edge research into Alzheimer’s, Parkinson’s and many more diseases — will rely on discoveries made in Israeli research facilities.

Universities and research institutions in particular shouldn’t be boycotting Israel. They should be thanking the country, for they rely on it.

If these academics want to make a truly principled boycott, they should tear out their Israeli-developed pacemakers and smash up their computers and mobile phones which will, invariably, have Israeli technology in them.

They should forbid their family members from getting access to Israeli-created vaccines for countless viruses and make sure their children and elderly relatives never benefit from the technologies created in Israel to relieve and heal some of the most terrible conditions mankind faces.

But they won’t. Just as Professor Hawking won’t give up the Israeli technology he relies on.

For with supreme irony, the speech device which enables Hawking to communicate with the world and relate his fascinating thoughts to us is a computer Intel Core  i7-based communication system. Which runs on a chip designed by Israel.

Perhaps Professor Hawking should reflect on what it would mean if he truly committed himself to a boycott of Israel.

The conference will be the poorer for his absence. But in the meantime those of us who admired this man and cherish the true principles of freedom are left speechless ourselves — at the extent of his naivete.

Douglas Murray is associate director of the Henry Jackson Society.