Harvard Prof. tells audience at 'Post' conference who laugh at his peace plan ideas that they are "foolish." 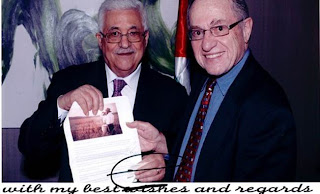 Harvard law professor and prominent American Zionist Alan Dershowitz presented a plan to restart peace negotiations with the Palestinians on Sunday at the 2013 Jerusalem Post Annual Conference in New York.

It would be a terrible mistake to begin talks based on the pre-1967 lines, Dershowitz said during a panel discussion on the topic of two states for two peoples.

“That puts the Kotel [Western Wall] in the hands of the PA at the start of negotiations.”

Dershowitz told the audience that he had spoken with Palestinian Authority President Mahmoud Abbas and suggested that a new basis for negotiations be agreed upon in which construction would continue in the settlement blocs but not in any areas in which there is “reasonable disagreement.”

Abbas signed a paper with Dershowitz that he would agree to such a move if the Israeli side would as well, the professor stated.

Afterward, Dershowitz asked Strategic Affairs Minister and co-panelist Yuval Steinitz if the Netanyahu administration would support negotiations conducted on such a basis and conducted in “good faith” with a “tripartite settlement freeze” that would “avoid the problem of what happened last time when [the Palestinians] didn’t do a darn thing.”

After Steinitz panned the idea, former national security adviser Uzi Arad told Dershowitz said that he advised against such a move because “one does not take unilateral decisions of any kind” and especially not “unilateral concessions.”

Reciprocity is necessary in negotiations with the Palestinian Authority, Arad said.

“Among the things I asked Abbas,” Dershowitz added, was: “‘If this deal were made, would you agree to not bring cases before the International Criminal Court?’ His answer was: ‘That’s a serious question, and I’m going to give it serious consideration.’”

Following laughter from the audience, Dershowitz lashed out, saying: “It’s so easy to laugh, but I have to tell you the audience today is not helpful in resolving complex and serious issues,” which led to loud jeers and boos.

Dershowitz was booed loudly after telling audience members they are “part of the problem” for laughing at his new framework for negotiations.

“You’re proving my point,” Dershowitz hit back. “You are part of the problem, not the solution.”

Post Senior Contributing Editor Caroline Glick, who was also on the panel, told the audience that she “need[ed] to catch my breath for a second” after Dershowitz’s comments.

“It’s very nice to come in here and smack down your audience.”

Dershowitz, she told the attendees, is “nasty to those who disagree” with him.

“If you want to say that people who devote their lives to defending the Jewish state are illegitimate voices, then what do I care what you have to say?” she asked Dershowitz.

Toward the end of the debate, Dershowitz alleged that those who booed him and former prime minister Ehud Olmert were not representative of American or Israeli Jewry and are “foolish.”

He said he would defend his “right to tell you what I think of you, and it’s not much.”