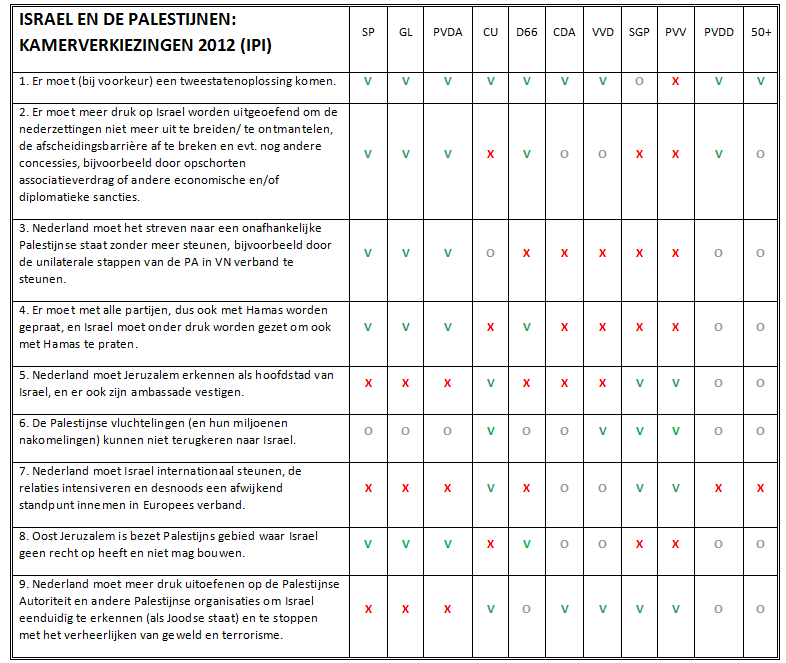 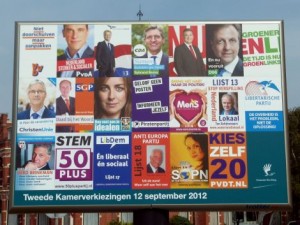 Video over ‘the forgotten Rachels’: https://www.youtube.com/watch?v=co2X5LKH5n0&feature=player_embedded

Honest Reporting points out a new play in London called "My Name is Rachel Corrie." It is getting great reviews from the genteel anti-semites of the British press. But for some reason we do not expect to see any plays about the victims of Palestinian terror playing on the West End.

Here, Honest Reporting shows some of the lives of real heroines named Rachel, those who sacrificed their lives to live in a country with their people. Their heroics were that they continued to go to stores and schools and restaurants despite the constant bombings from the Palestinian terrorists who Rachel Corrie supported and who she was a pawn of. They loved Israel, the only place where they can live freely and proudly as Jews without a second thought.

Unlike Rachel Corrie, they didn't want to make headlines; they didn't do public burnings of their own country's flag. They just wanted to live in peace, a goal that Corrie's ISM does not want for Jews. The ISM (and Corrie at the time of her death) were trying to protect terrorists, and didn't lift a finger to protect Jews. This is who Rachel Corrie was.

There are no public squares in Israel named after the bulldozer driver who accidentally killed Corrie. No trading cards with his name, no posters with his picture. But the people who killed these truly innocent Rachels are considered heroes by the Palestinians.

These Rachels do have something in common with Corrie, however:

When these Rachels died, Israel was saddened and the Palestinians celebrated. And when Corrie died, Israel was also saddened and the Palestinians also celebrated - for to them, public relations is worth far, far more than human lives. The play in London, a free advertisement for Palestinian terror, couldn't have happened without Corrie's death, and there is little since the deaths of Americans on the USS Liberty that has made the haters of Jews happier than Rachel Corrie's demise.

My Name is Rachel Levy

Mar 29, 2002 - Rachel Levy, 17, of Jerusalem, was one of two people killed when a female suicide bomber blew herself up in the Kiryat Yovel supermarket in Jerusalem.

On Friday afternoon, Rachel's mother, Avigail, asked her to go to the supermarket to buy some things for the Shabbat meals. A 16-year-old female Palestinian suicide bomber, wearing a belt of explosives around her waist, walked into the supermarket in Jerusalem's Kiryat Hayovel neighborhood Friday afternoon and blew herself up. Haim Smadar, the security guard, prevented the bomber from going deep inside the store. Rachel Levy, who was near the entrance, was killed; 28 people were injured.

Rachel Levy was a senior at the Sieff High School. Fellow pupils from her photography class at school said that she was an excellent pupil, and that an exhibition of Rachel's photographs is being held at her school. "She was a charming girl, allways smiling and pleasant. simply a wonderful person," said a relative. "She loved books, music, and sports," said her mother.

Rachel's cousin, Rafi Levy, was killed in a terrorist shooting attack at a roadblock near Ofra a month ago.

Rachel Levy was buried in Jerusalem. She is survived by her parents, Amos and Avigail, and her two brothers: Guy, 23, and Kobi, 7

My Name is Rachel Thaler

Feb 27, 2002 - Rachel Thaler, 16, of Ginot Shomron died of wounds suffered on February 16 when a suicide bomber blew himself up at a pizzeria in the shopping mall in Karnei Shomron in Samaria, bringing the death toll in the attack to three.

Rachel Thaler had gone on Saturday night to the local Yuvalim Mall in Karnei Shomron with his brother, Lior. Since its opening six months ago, the mall has become a popular meeting place for local youth. Rachel, who suffered a critical head injury in the bombing, never regained consciousness. She died 12 days later. Her family donated her organs for transplant. The condition of Rachel's brother, Lior, 14, who was also seriously injured, has improved greatly.

Ganette Thaler said she had donated her daughter's organs, because she thought it was important that other people benefit from her tragedy, especially during this time of so many terrorist attacks. "I feel that part of my daughter is living in two other people who gained life from her donation. I know that's what my daughter would have wanted," she said.

Rachel was the oldest of the family's three children. Her parents - Ganette, from England, and Michael, from the US - moved to the Ginot Shomron neighborhood five years ago, and were divorced three years later. Michael had moved back to the US, while Ganette remained in Ginot Shomrom with the children.

"It hasn't been easy for her. Not long ago, Ganette discussed the possibility of moving to the US. Rachel came to me and asked me to persuade her mother to remain," Vered Cohen, a family friend and neighbor, said.

Rachel studied at the Ulpana in Dolev. Eliraz Smet, Rachel's guide in the Ulpana, said "She always had a smile on her face. We would aske her to teach us how she always kept the smile, even with what's going on."

Rachel Thaler was buried in Karnei Shomron. She is survived by her parents and two brothers, Lior and Zvi

My Name is Rachel Levi

Feb 14, 2001 - Sgt. Rachel Levi, 19, of Ashkelon, was one of 8 Israelis killed when a Palestinian crashed a bus into a crowded bus stop at Azor junction, south of Tel Aviv. It was the deadliest Palestinian attack on Israelis in four years.

Sergeant Rachel Levi worked on computers in logistics at Tel Hashomer. She had signed to continue her service in the IDF for an additional three years.

She had been dropped off by her father near the Tel Aviv Central Bus Station, about an hour before she was killed. He said: "Adi, my older daughter, told me that the attack occured at a junction where Rachel used to be daily. We called her on her cell phone, but there was no answer. We called her commander, and he said that she had not arrived. We then called the hospital, and they told us that she was not among the injured. We asked about her close friend and neighbor, Sigal Yunsi, and we were told that she was severely injured. I felt weak in the knees. We did not know what was happening. And then the officers came with the bad news."

"The army was her whole life," her mother Henya said. "I don't wish this feeling on any mother, I can't stop shaking."

Rachel left behind her parents and two sisters. She was buried in Ashkelon.

My Name is Rachel Gavish

Mar 28, 2002 - Rachel Gavish, 50, of Elon Moreh was one of four members of the Gavish family killed in Elon Moreh, when a Palestinian terrorist infiltrated the hilltop community near Nablus, burst into their home, and shot them shortly before 9 P.M.

She was killed along with her husband David, her son Avraham, and her father Yitzhak Kanner.

Rachel Gavish, together with her husband David, were among the founders of the Elon Moreh community. She worked as an educational counselor at the Ariel Regional College and at the Academic College for girls in Elon Moreh.

In Elon Moreh, thousands attended the funerals of Rachel, 50, and David Gavish, 51, their son Avraham, 25, who lives in Kedumim with his wife and was visting the family during the Pessah holiday, and Rachel's father, Yitzhak Kanner.

My Name is Rachel Charhi

Apr 4, 2002 - Rachel Charhi, 36, of Bat-Yam, died five days after being critically injured in a suicide bombing in a cafe on the corner of Allenby and Bialik streets in Tel-Aviv on March 30. Some 30 others were injured in the attack. The Fatah Al-Aqsa Martyrs Brigades claimed responsibility.

Rachel and her husband Ben-Zion, who was among the injured, saw the terrorist and tried to escape but did not succeed, reported Rachel's siblings.

Rachel was a secretary at an accounting firm. Her daughter had often suggested she quit her job so as not to have to ride the busses, but Rachel told her not to worry. On the day of the attack, Rachel and Ben-Zion thought to dine in a different cafe but chose My Coffee Shop instead, since it was less crowded.

Rachel was buried in the Yarkon cemetery in Tel-Aviv. She is survived by her husband Benzion, daughter Kinneret 14 and sons Ariel 13 and Barak 7

My Name is Rachel Shabo

June 20, 2002 - Rachel Shabo, 40, of Itamar was murdered along with three of her sons when a terrorist entered their home in Itamar, south of Nablus, and opened fire.

Shortly after 9 on Thursday night, the terrorist infiltrated the settlement, shooting in all directions before bursting into the Shabo home. The terrorist first shot the mother, Rachel (top right), in the back. Then he shot Avishai, 5 (top, second from right), Zvika, 13 (bottom, second from right), and Neria, 16(bottom, third from left), as well as a neighbor, Yosef Twito, who came to their aid. Thirteen-year-old Avia told the doctor who treated her in the hospital that she had heard her mother shout out in pain and then all was quiet.

Boaz Shabo, the father, a printer by profession, was not at home. The older children - Yariv and Atara - were also out, visiting friends.

Rachel grew up in Karnei Shomron and met Boaz, from Moshav Beit Meir near Jerusalem, 20 years ago. The Shabos were among the founders of Itamar 18 years ago and always welcomed newcomers, inviting them to their home for a Shabbat meal. Rachel worked as a secretary in the nearby settlement of Yitzhar until a year ago. Her friends described her as an energetic and affable person.

Only a month earlier, Neria had escaped terrorist shots in his bedroom at the yeshiva high school on Itamar, when three of his friends were killed. His pillow had been hit by bullets. Neria's friends said he had been a genius. Zvika's friends described him as a righteous young man.