The green grass of Gaza 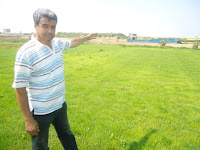 The Palestine Times has an article about how a Gaza man, frustrated at the price of grass from Israel, decided to cultivate grass on his own in Gaza and sell it to other Gazans. Gaza resorts and other businesses are buying the grass to beautify their public spaces.

This is admirable on a number of levels. Coming up with a business, gaining independence from imports, and beautifying where you live are all nice things. 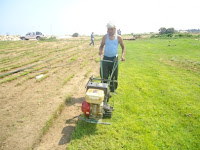 But doesn't Gaza have a water problem?

Grass needs a lot of water, and when a Gaza resort decides to make a lush, green lawn it is committing itself to using a great deal of water - water that Gaza is woefully short of.

Not to mention that grass is a luxury. In a place that is supposedly fighting to survive, grass doesn't seem to be the highest priority.

Now, it is possible that the grass used in Gaza is a special breed that can be watered with saltwater or with wastewater, which would be wonderful - but if this is ordinary grass, and Gazans can afford this luxury, then Gaza can hardly be considered a land in crisis.

But what do I know? Maybe there are carefully tended lawns in Somalia, also.

Last month, the Sahara restaurant opened on the Gaza coast.

So once again I feel compelled to share with you some of the wrenching photos: 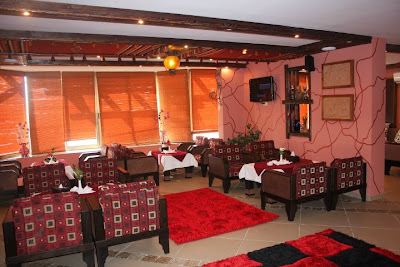 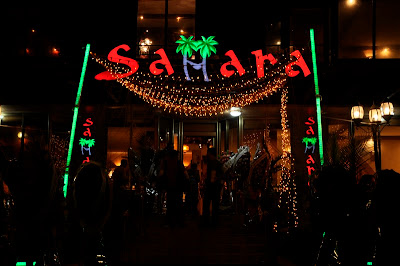 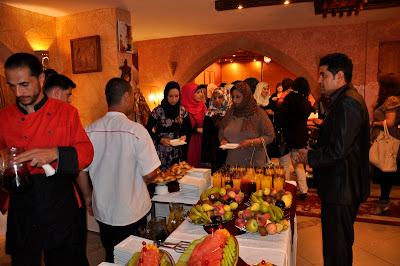 It isn't far from another prison restaurant, the Gaza Lighthouse Restaurant and Cafe, which also has a Facebook page. 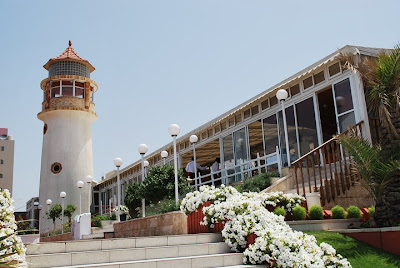 But it is difficult to look at so much suffering at once.